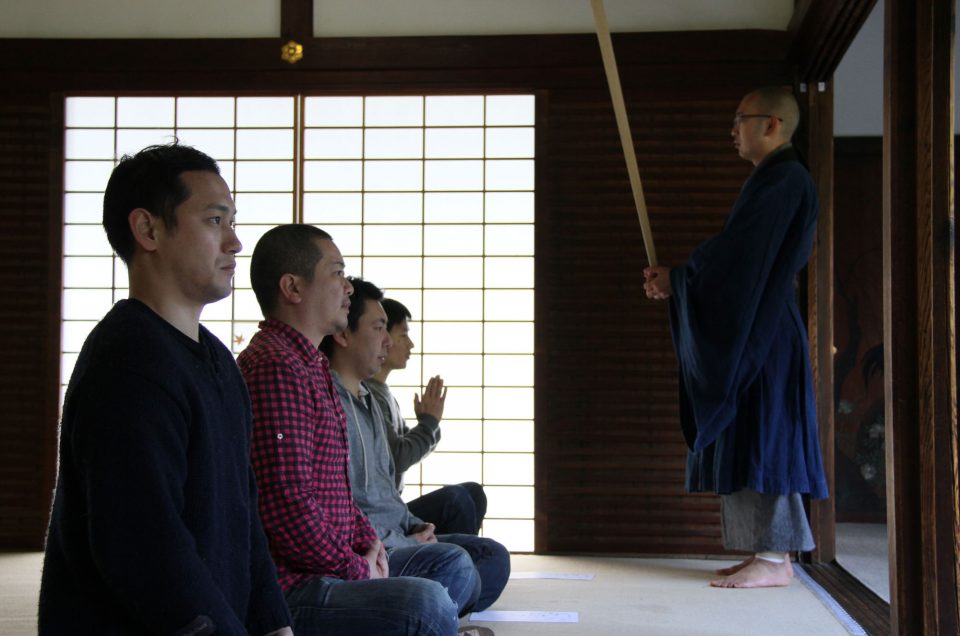 An inspiring introduction to meditation with a Zen priest in a peaceful temple setting.

Buddhism first came to Japan from China in the 6th century. Of the many schools of Buddhism that took root in Japan, Zen is the best known abroad and perhaps the most synonymous with Japanese culture. The tea ceremony, ikebana flower arrangement, garden design, and marital arts are seen as direct expressions of the Zen spirit. Bushido, the strict samurai code, was also heavily influenced by Zen Buddhism.

One of the most important teachings of Zen Buddhism is that one can achieve self-enlightenment through meditation. We are delighted to be able to offer visitors a unique meditation at one of the most beautiful Zen temples in Kyoto. The meditation experience can also be combined with a temple tea ceremony.