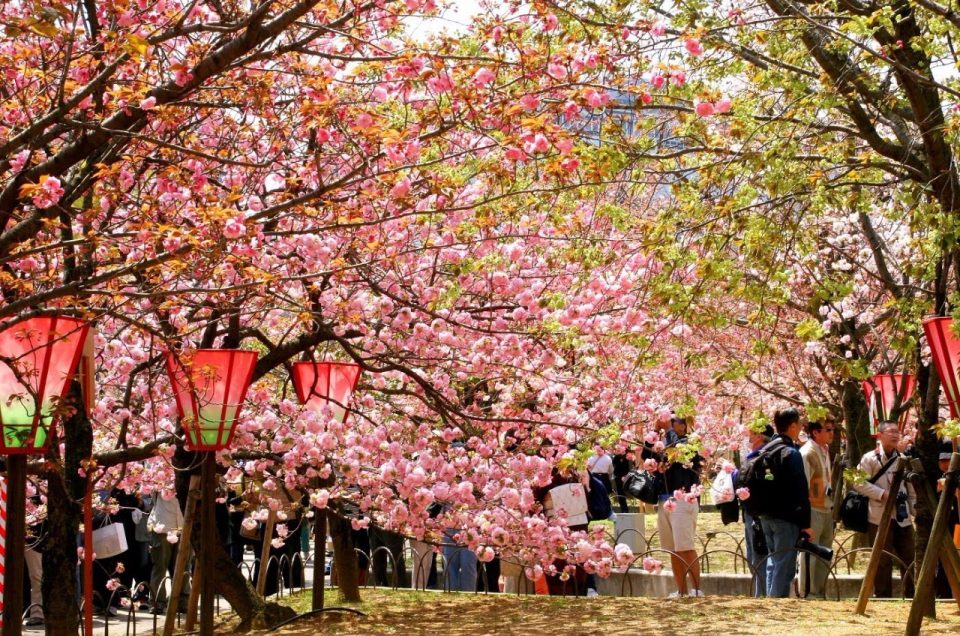 At the end of March-beginning of April comes one of the most important moments of the year in Japan: Hanami; a Japanese tradition of gathering with family, friends or co-workers, and having picnics under the beautiful blooming sakura trees.

Since the end of January, the excitement has been building in the expectation that the meteorological media will announce when the sakura bloom will begin, from Okinawa to Hokkaido. This spring announcement is the perfect occasion to stroll under the lush flowers of delicate pink tones, and to drink, eat, chat and sing with loved ones. In the parks tablecloths are spread on the ground, sometimes from the early hours of the day. 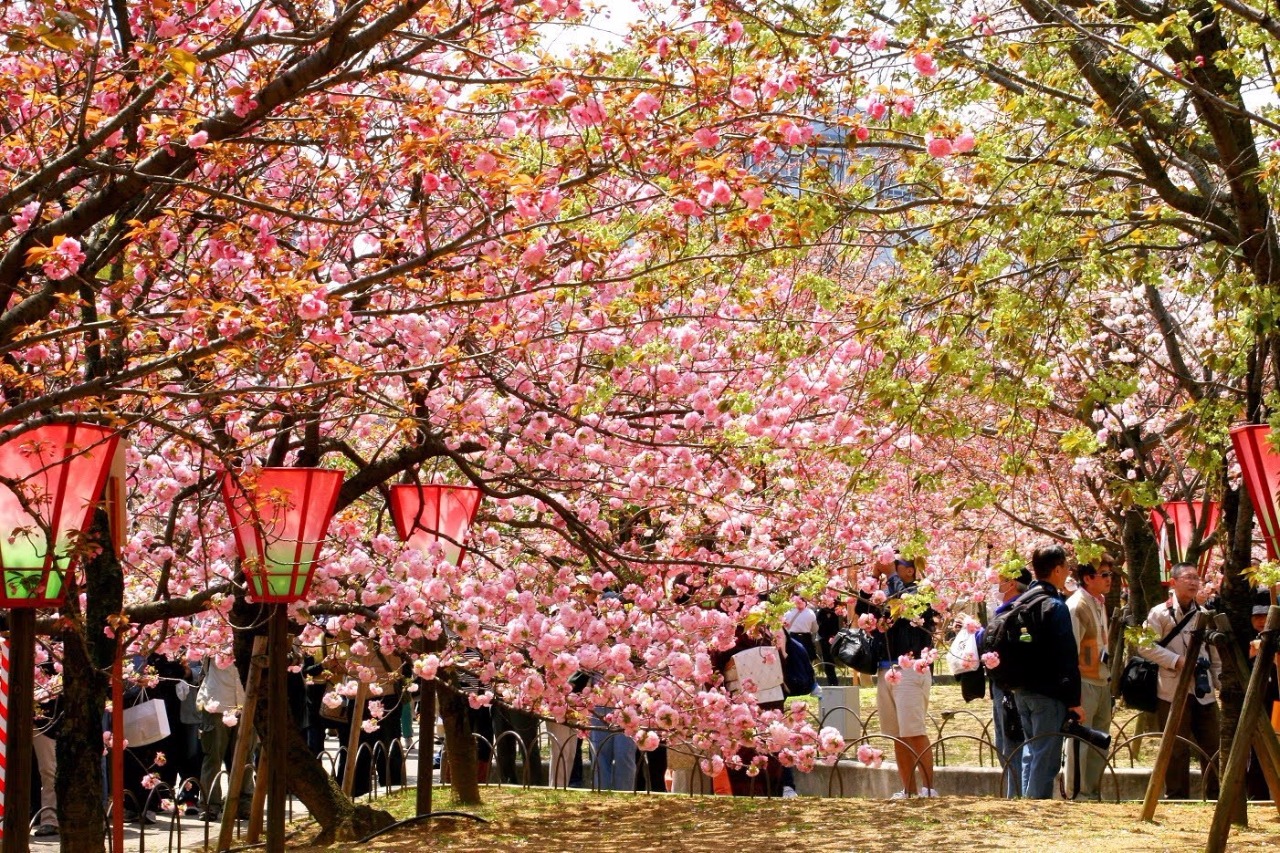 Every now and then you can see an isolated sakura tree in the middle of the city, covering with its branches work colleagues who have come down for a drink. If a cherry blossom falls on any of them, it is a good omen for next year.

The custom of Hanami would have started in the time of Nara (8th century). During the cherry blossom, which coincided with the harvest, offerings were made to the divinities that lived there at the foot of the sakura trees. , and the peasants drank sake in honor of the gods. A century later, the imperial court of Kyoto took up and expanded this festival, accompanying it with elaborate dishes and fine sake, and linking the contemplation of flowers with the writing of poems.

The sakura has long been considered in Japan a symbol of ephemeral beauty, a metaphor for life, bright and beautiful, but fragile and fleeting. Very soon, this custom of eating and drinking under flowering trees was taken up by the samurai and later by the people, finally becoming a national tradition in the 17th century. Currently, this spring celebration coincides with the beginning of the school and university year and the fiscal year (April 1).

The sakura that is celebrated in this way is not the tree that produces cherries, which is of another variety, but a tree that is only cultivated for its flowers. Its flowering lasts only a few days, but during this period, the entire country is in unison with the colors of the trees, which flaunt all the shades of pink. On the other hand, the seasonal dessert is sakura mochi, red bean paste wrapped in crushed rice and dyed pink, all covered with a cherry leaf.

Although the chrysanthemum flower is the official emblem of Japan, because it is associated with the imperial family, the Japanese are especially identified with the five-petal cherry blossom. Countless artistic works and songs have been dedicated to this flower, from the most traditional to the J-Pop style, and it is a decorative motif that appears infinitely many times on kimonos, tableware, furniture, etc. Look at a 100 yen coin. What is represented in it? A cherry blossom, of course.

Each city, each region, each neighborhood, has its own walk under the cherry trees. If you go to Japan around this time and don’t know where you can take advantage of this show in the best way, take a look at this article about the  6 mejores lugares para ver sakura en Japón.

SAKURA AND OHANAMI TREES
Open Chat
Powered by
Hi, talk with us