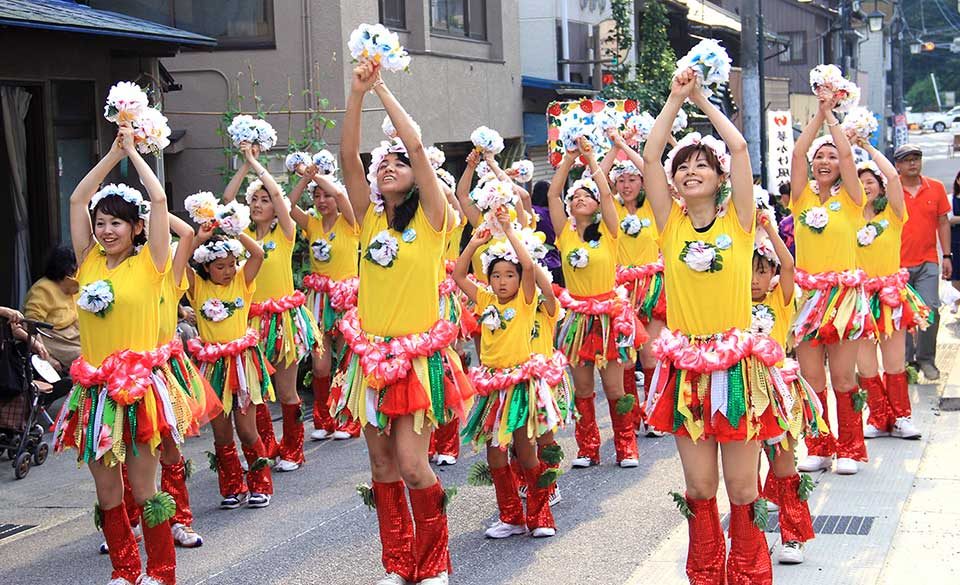 A fabulous summer extravaganza with dancing, drinking, fantastic street food and one of the largest fireworks displays in the world.

Located at the end of the Nagoya Meitestu subway line, Toyota City enjoys a surprising degree of anonymity given that it is home to one of the world’s largest automakers and Japan’s most successful company: Toyota Motor Corporation. Toyota is an uncomplicated city, not unlike many others in Japan with its sprawling suburban areas, abundance of convenience stores, the usual collection of izakaya, and family-friendly restaurants. However, on a weekend in midsummer, downtown Toyota transforms for a weekend of festivities known as Oiden Matsuri.

Oiden is a word from the old Mikawa dialect of the region that means “Let’s go!” and Oiden’s cry of “Oiden mirin, odoro mai” means “Come here, let’s dance together!” And this is what Oiden is all about. Hundreds of teams of dancers gather in the city center and follow a tour of the city, all dancing the oden dance and singing the song in a carnival of brightly colored costumes. Oiden’s official styles are traditional and disco, but to the untrained eye there seem to be many crossovers.

The festival concludes on Sunday night with one of the largest fireworks displays in the world. More than 10,000 fireworks are displayed on a screen that lasts almost two hours. A great way to end a wonderful weekend of dancing and fun.

When to go: You can attend the Oiden Matsuri on the last weekend of July. Unfortunately, the event no longer lasts for three days but has been limited to two, on Saturday and Sunday.