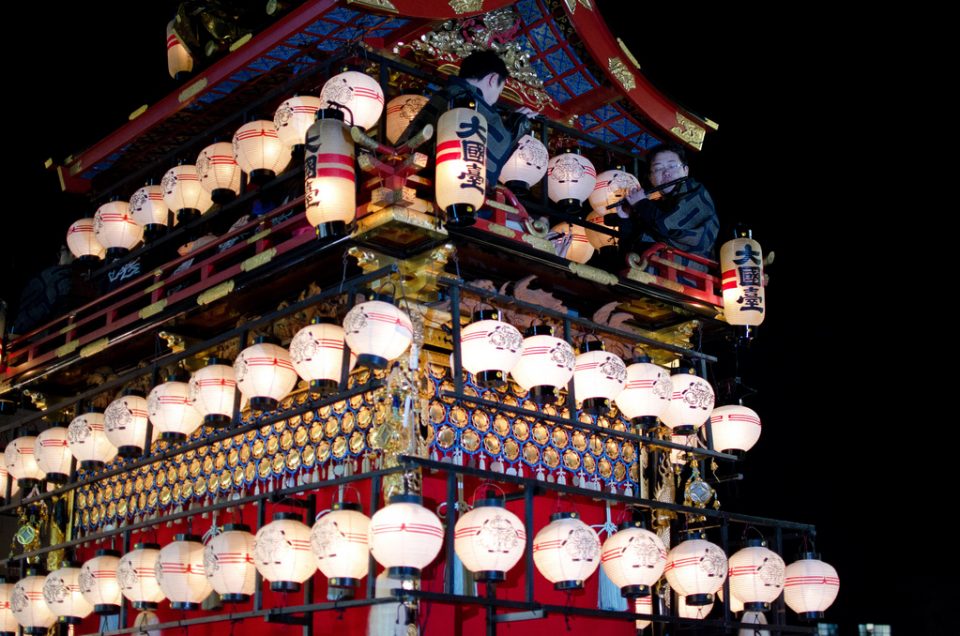 Takayama comes to life in mid-April and mid-October for its annual festivals.

Twice a year, Takayama celebrates the changing of the seasons with a two-day festival. The highlight of each event is a large procession of festival floats known as yatai, which crawl through the streets of the city, accompanied by hundreds of locals in colorful traditional dresses. Yatai spend most of the year hiding in special warehouses dotted around the city (watch out for them!), But they are proudly displayed along the streets on festival days. They are lavishly decorated, and many feature intricate mechanical dolls perched on top, moving and dancing under the control of expert puppeteers hidden within the float.

Both Takayama festivals are immensely popular with Japanese traveling from all over the country, as well as many overseas guests, so expect the city to be very busy. However, the numbers do not diminish the spectacularity of the festival, so your stay in Takayama will certainly be a highlight of your trip.