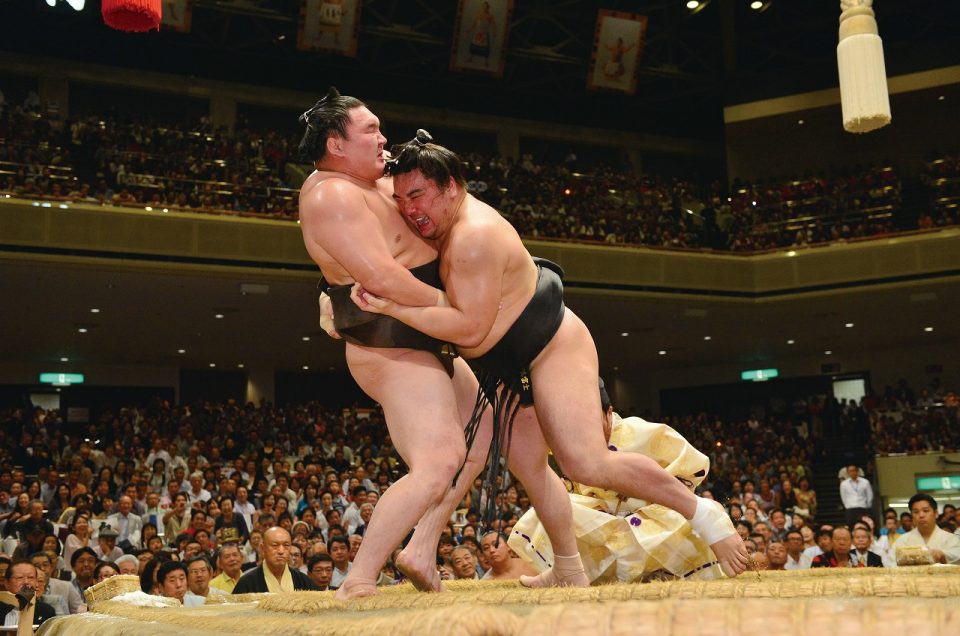 The opportunity to experience all the emotion and ritual of the oldest sport in Japan, sumo wrestling.

Sumo wrestling is the ancient traditional sport of Japan and offers a fascinating and sometimes dramatic spectacle for anyone lucky enough to make it to a tournament. Fights can end in a matter of seconds when a wrestler drags his opponent out of the ring or pushes him to the ground. However, this does not create a lack of emotion; the tension in the arena becomes a climax as the fighters face off in ritual face before each fight begins with a thunderous butt of heads. Despite their often gigantic size, these guys can move like dancers, pirouetting in the ring to circle the opponent or spinning on their toes to evade a violent thrusting attack.

Of the six annual tournaments, three take place in Tokyo in January, May and September. Tokyo’s sumo stadium is the Kokugikan; Look it up on Google Street View and you’ll see all the fighters lined up outside! The stadium has capacity for 13,000 spectators, either on masu seki seats that are tatami mats with four cushions or western-style isu seki seats.

When to go: The Tokyo sumo tournament takes place three times a year in January, May and September.

Sumo Tokio
Open Chat
Powered by
Hi, talk with us