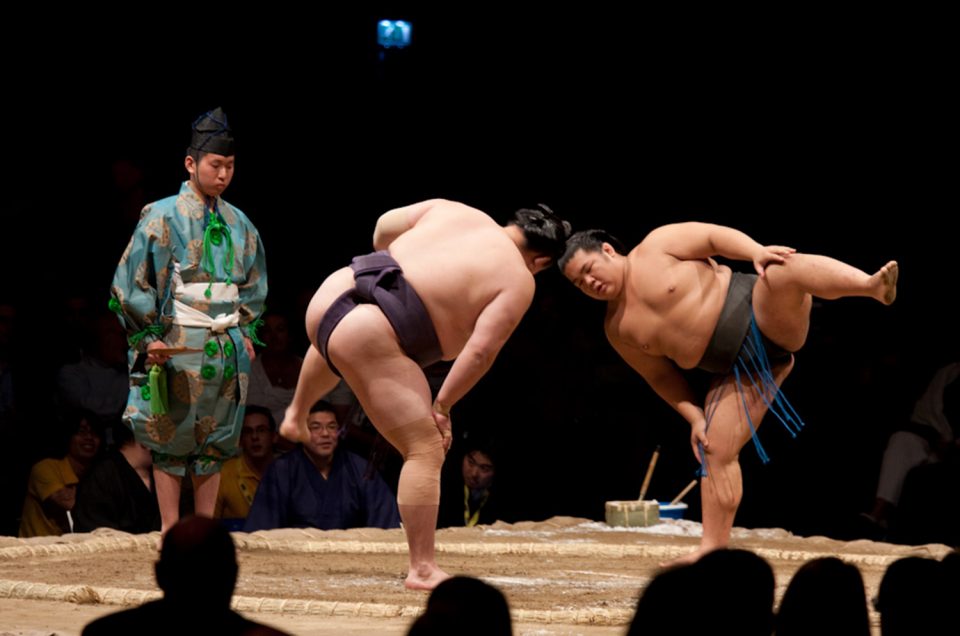 The last sumo tournament of the year is the Fall Tournament held in November at the Fukuoka International Center, which is a short taxi ride from the city’s main train station.

The exact origins of sumo are uncertain, although the sport has certainly been practiced since ancient times as a performance to entertain the Shinto gods. Today many sacred rituals are practiced, such as the symbolic dispersion of salt to purify the dohyo ring before each fight. Each fighter will also clap and stomp to drive out evil spirits before attempting to stare at their opponent. All of this stance really adds to the tension in the stadium before the fight, which can last less than 30 seconds.

When to go: The Fukuoka sumo tournament will take place in November.

Sumo Fukuoka
Open Chat
Powered by
Hi, talk with us