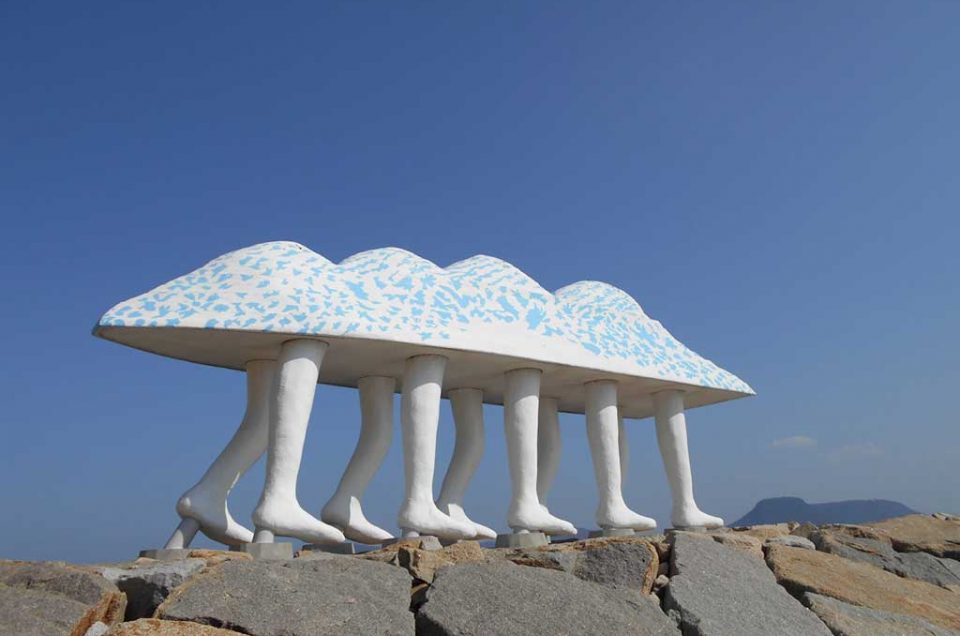 The Setouchi triennial art festival is one of the largest celebrations of contemporary art in Japan.

In the 1990s, however, the Seto Islands began to reinvent itself as a haven for world-class art, and are now at the forefront of the Japanese contemporary art scene. It started with the Benesse House Museum on Naoshima Island, which opened in 1992, bringing outstanding architecture and cutting-edge art to the island’s galleries, streets, beaches, and abandoned spaces.

Today, the region is home to one of Japan’s most important art festivals, the Setouchi Triennale, which is held every three years with great success. The festival unites 12 islands in the inland sea, filling them with countless sculptures, exhibits and installations by respected artists from around the world. A big part of the festival experience is traveling from island to island by ferry, exploring these small communities, and seeing a side of Japan that is rarely shown to the outside world. Even during festival season you could be the only foreigner on some of these islands!

Purchase a season pass for one of the festival’s seasons (spring, summer, and fall) and you can travel freely between participating islands, taking advantage of all the galleries and exhibitions on offer.