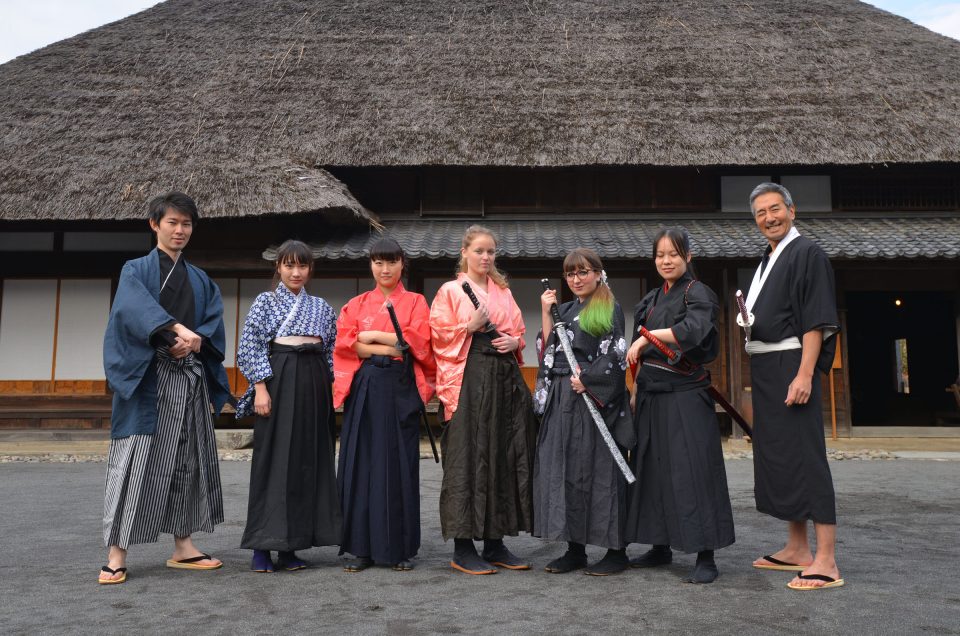 Samurai and “the way of the warrior”

For those interested in Japanese history, samurai culture, and the role this military class played in shaping Japan it is fascinating.

Although the samurai no longer exists, the influence of these great warriors still runs deep in Japanese culture and samurai heritage can be seen throughout Japan, be it a grand castle, a carefully planned garden, or beautifully preserved samurai residences. It is also deeply ingrained in the psyche of the Japanese.

The basis of the samurai’s conduct is bushido, “the way of the warrior.” This unique philosophy values ​​honor, reckless bravery, and altruism, as well as duty to the warrior’s master for the purpose of renouncing life and embracing death. There was no place for fear in the way of the warrior and this self-disciplined conduct and respectful and ethical behavior would become the behavior to follow for other classes throughout the history of Japan.

The samurai were not only skilled warriors, they were also expected to be highly cultured and literate; be skilled in the harmony of struggle and learning. An old saying warriors aspired to was the bread roll – pen and sword in harmony, and it was common for samurai to enjoy calligraphy, tea ceremony, poetry and music, and study.

It was these highly aspired ideals of educated warriors that allowed the samurai armies to coalesce and their power to eventually dominate the government. In 1160, the Taira clan defeated the Minamoto clan and Taira no Kiyomori established the first samurai-led government with the emperor losing control and being relegated to frontman status.

Until that time, throughout the Heian Period (794-1185), samurai had been employed to serve in close assistance to the nobility, protecting the land of the rich: with the help of political backing and resources, the samurai had arrived to political power. The control of Taira did not last long, since in 1192, at the beginning of the Kamakura Period (1192-1333), Minamoto Yorimoto received the title of shogun and gained the domination of Japan.

Various Bakufu or shogunate ruled over the centuries, each of which shaped the country’s leadership in their own way, with the samurai continually influencing the classes with their ideals of high literacy and education. Such was the influence of these elite warriors that during the Edo period (1603 – 1868) literacy levels were higher than in Central Europe.

The calm mind of a warrior

Since the 13th century, the samurai behavior was strongly influenced by Zen Buddhism.

By being present in the moment, Zen training allowed a samurai to become one with their sword and the free and spontaneous mind gave them the mental advantage over their enemy. Zen meditation calmed the mind and gave the warrior a philosophical strength to face his inevitable death.

Zen complemented and influenced the way of the warrior and for more than four centuries Zen practices, such as the tea ceremony, monochrome ink painting, rock gardens, and poetry (haiku) introduced by monks allowed it to flourish thanks to these. Great warriors. The Buddhist teachings had such an immense effect that as they became more ingrained in the life of the samurai, some samurai lost the sense of killing and gave up their sword for lives as monks.

Synonymous with samurai bravery is the katana, or samurai sword, and bushido dictated that this curved and thin sword was the soul of a warrior. Samurai images depict them with their masterfully crafted weapons of war and together with the shorter blade of a wakizashi, this pair, known as the daisho, represented the samurai’s social status and personal honor.

In the mid-17th century, Miyamoto Musashi, the highly revered and undefeated swordsman and samurai, wrote Go Rin Sho, or The Book of the Five Rings. Widely published today, his teachings on military strategy and tactics draw heavily on Tibetan and Zen philosophy, and he advocated the use of the katana and the wakizashi simultaneously in battle.

During the Edo period, the Tokugawa shogunate sought to achieve a unified Japan, and towards the end of this relatively peaceful time, the role of the samurai changed from warrior to courtier, bureaucrat, and administrator, and with it the original use of the katana. Although they continued to carry their swords, they were now more of a symbol of power than a means of defense.

Not only the master swordsmen, the samurai were also skilled in the use of the yumi or long bow. When the longbow was no longer used as a weapon, the art of kyujutsu, the skill of the bow, was adapted to a sporting activity. Yabusame, the practice of shooting on horseback, was introduced into Shinto ceremonies and this form of archery can still be enjoyed today at certain festivals throughout Japan.

The decline of the samurai occurred in the late 19th century when Japan opened its borders to the US navy and power was returned to the imperial family in the Meiji Restoration in 1868. The samurai became known as shizoku, a A term that represented their former samurai status, and they were no longer allowed to use a katana in public.

At the end of the 19th century, the samurai class was abolished in favor of a western-style national army and, as a result, many of the samurai became highly motivated and disciplined imperial army officers or used their high levels of literacy to become in reporters, writers or government servants

Japan is proud of its warriors of the past and the path of the warrior can be found throughout this beautiful country, whether it is visiting one of the great castles that witnessed many bloody battles, experiencing a festival with its origins in samurai culture; visiting the grounds of great samurai battles in history or a pilgrimage to the small cave where Musashi wrote The Book of the Five Rings.

Samurai ideals have transcended throughout Japanese history and an understanding of samurai heritage provides an interesting insight into modern society today and the respect, discipline and honor that prevail in this unique nation and that the rest of the world admires.