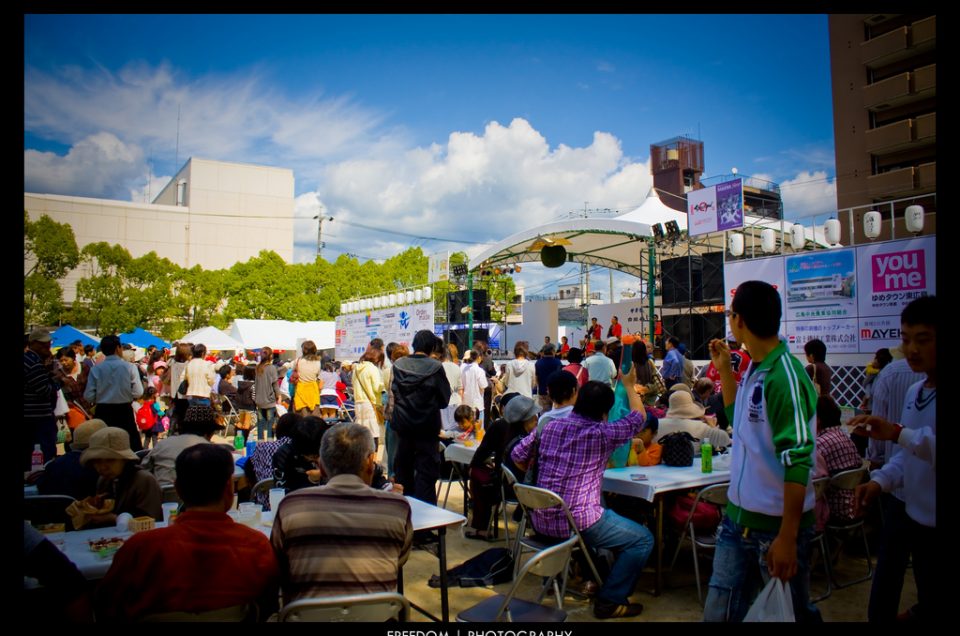 Fun and friendly drinking festival with over 900 varieties of sake.

If you like a drop of clear things, this is the festival for you. Hundreds of varieties of sake to choose from and a great party atmosphere to boot. Held in Saijo on the outskirts of Hiroshima, sake has been produced here since 1650 and today there are 10 traditional breweries.

On festival weekend see the road from the station lined with food stalls that lead to Chuo Park, which is divided into east and west areas. The east side has stalls, food, stages and performances with free admission. The west side of the park is where you can taste more than 900 types of sake from around the country. Entry requires a ticket that InsideJapan can provide. At the entrance you are given a small cup of sake that can be filled in any of the steps. You may think that you won’t be able to taste much with such a small sake cup, but you will be surprised! The festival is open until 9 a.m., which is a long time to drink …

When to go: The festival is held annually on the second Saturday and Sunday of October. Ironically, this is just before the national Health and Sports holidays!