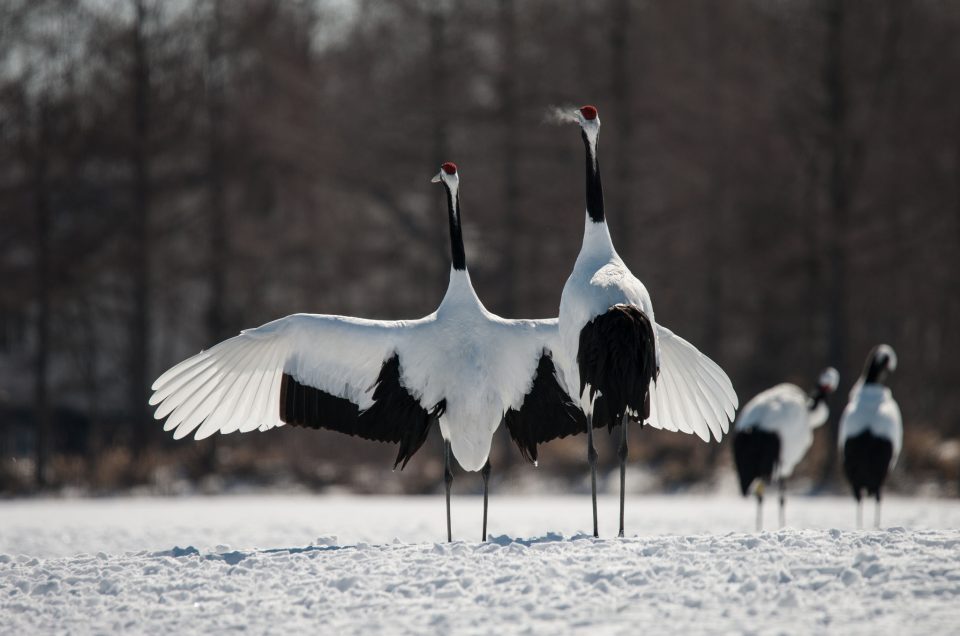 Watch the incredible spectacle that is the annual red-crowned crane mating dance.

The tancho or red-crowned crane is believed to represent longevity and has played a special role in Japanese mythology. Unfortunately, however, in recent years their number has decreased due to urbanization. Today, half of the world’s tancho population winters in the safety of the Tsurui Crane Sanctuary and this is a beautiful place to experience the famous Crane Mating Dance. The red-crowned crane is the largest crane in the world, standing 1.5 meters tall with a wingspan of 2.5 meters.

When to go: The best time to see red crowned cranes is in winter, ideally February. However, due to the protection they have been afforded in this area, the cranes no longer migrate, so they can be seen throughout the year.