Reasons to travel to Japan in winter 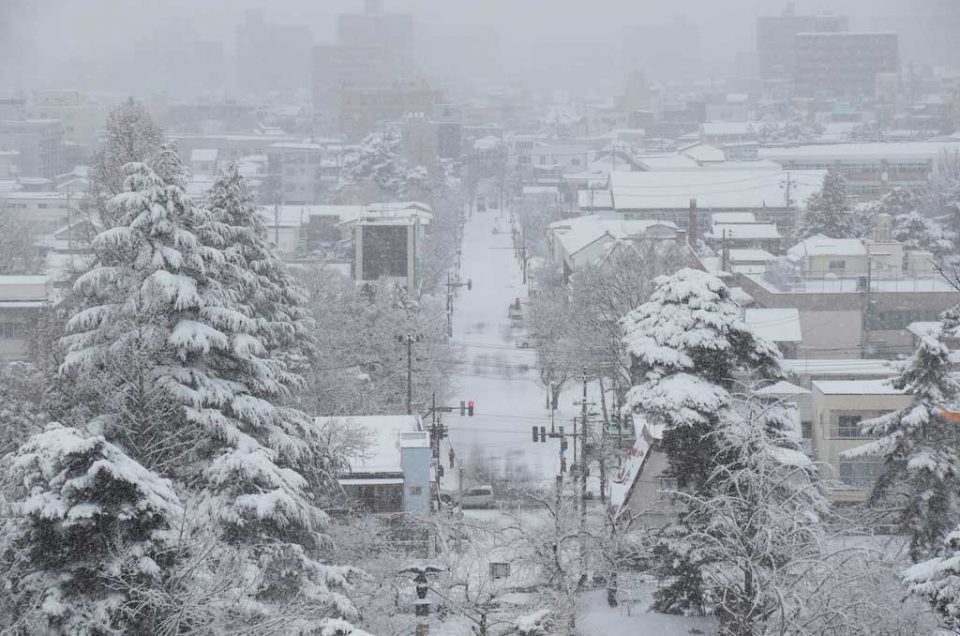 In the fall there are leaves that turn, in the summer there is blazing sun and lush green landscapes, and in the spring there is (of course) the famous cherry blossom. 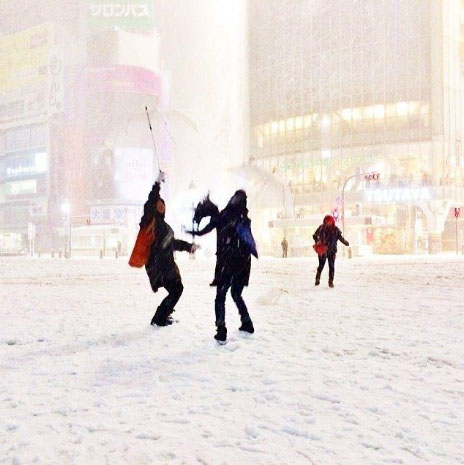 1) There are no crowds

It is a universally recognized fact that there are crowds in Japan. Many of them. It’s part of the allure of the experience – the Shibuya Crossing in Tokyo wouldn’t be the same without the swarms of pedestrians, and would the cherry blossom be so nice without the festive atmosphere and parties gathered under the trees?

But if you’re allergic to queues and the thought of a squashed subway car sends you running into the hills, consider traveling in winter. During the colder months, you will find many of the country’s most iconic landmarks, almost completely deserted, and none will be worse if you find yourself wrapped in snow or touched with a little frost.

Kinkaku-ji’s Golden Pavilion is at its best in the snow, as we found it in Kyoto. 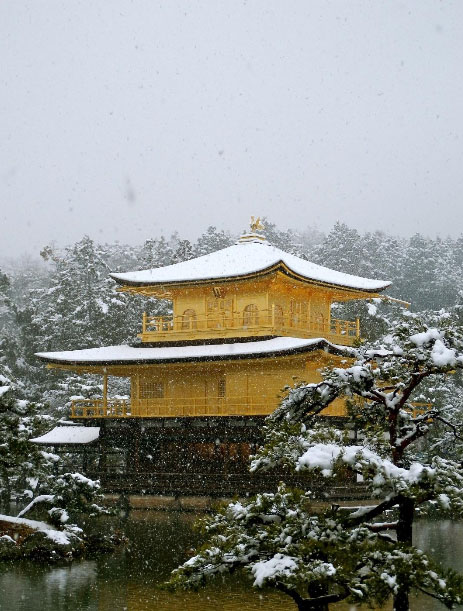 Japan is more than 70% mountainous, has more than 500 ski resorts, and receives some of the most reliable snowfall in the world thanks to the icy winds that blow across the sea from Siberia. All things considered, it’s one of the most epic snow sports locations in the universe.

Japan’s ski resorts range from absolutely tiny to world-class, with incredibly long and spectacular runs and excellent powder snow. Having hosted the 1972 and 1998 Winter Olympics and the Asian Winter Games on numerous occasions – and Japan is Japan – the infrastructure and hospitality of the ski resorts in general is top-notch, with après -ski to compete anywhere in the world.

The view over Hakuba on the first day of 2014. Hakuba was one of the venues for the 1998 Winter Olympics.

Many Japanese go skiing on the weekends, so it is very easy to fit a day of skiing into a winter itinerary, but I recommend a week or more! 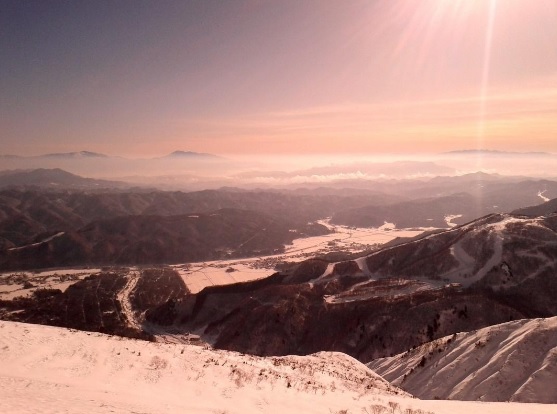 No winter trip to Japan would be complete without a visit to the Yudanaka Snow Monkeys, which bathe in hot springs, in the mountains of Nagano Prefecture. 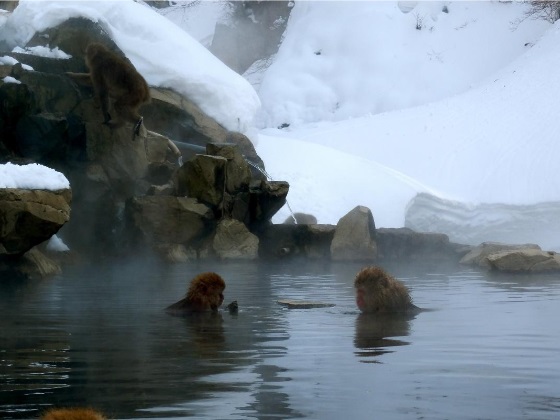 Yudanaka is a quaint little hot spring town with some lovely traditional inns and plenty of onsen hot spring baths for the cold traveler to warm up. It’s about an hour-long hike along icy, wooded trails from the city to Jigokudani Monkey Park, but when you finally arrive you’re rewarded with a flock (herd? What’s the collective noun for monkeys?) Amazingly Japanese macaques. cute that come out in their hot springs and even throw a strange snowball or two.

Monkeys at the hot spring in Jigokudani Monkey Park, February 2014

When there’s snow on the ground and you’re huddled inside your traditional ryokan inn or izakaya pub, what better excuse to order a bottle of hot sake that warms the cockles in your heart? 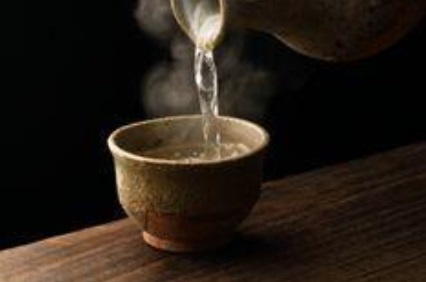 Sake is Japan’s native rice wine (known as nihonshu in Japanese), and it comes in a wide variety of types and qualities. It can be served hot or cold, and there’s nothing better than stopping by after a long day in the cold for a beautiful hot drink (or two, three, or four).

The hot sake is served from a ceramic bottle, designed to keep the liquid hot for as long as possible.

You don’t have to be cold to enjoy a nice bath in a hot spring, but in my opinion there is nothing like soaking in a lovely steaming rotenburo (open-air bath) when snowflakes are falling all around you. 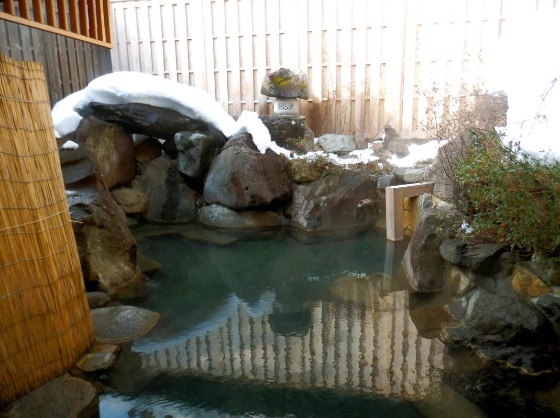 Hot springs (or onsen, as they are known in Japanese) are an integral part of Japanese culture, and there are resorts dedicated to onsen bathing all over the country, from traditional cedar-paneled baths to huge themed hot springs where you can bathe in red wine or milk and honey.

The onsen hot spring bath at Jinpyokaku ryokan in Yudanaka.

6) Japan gets really cold in winter, but the Japanese have come up with a great solution: kotatsu. 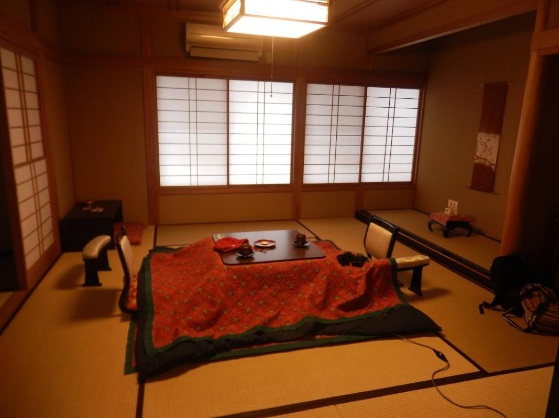 A kotatsu is a low table lined with a thick quilt with a heater underneath the top. The idea is that you sit cross-legged and the quilt over your knees to warm your feet, but they’re great for napping underneath too! In winter you will find kotatsu in most traditional Japanese-style inns, and some bars will even have them outside, so you can combine 4) and 6) while watching the world go by.

The Sapporo Yuki Matsuri, or snow festival, is a winter celebration of epic proportions. Every year for a few days, the streets and open spaces of the city are filled with giant snow and ice sculptures up to 20 meters high and 30 meters wide, with toboggan runs, games, ice bars and all. kind of fun for all ages. join up. If you’ve ever liked seeing a giant replica of the Giza pyramids in the snow, this is the festival for you. 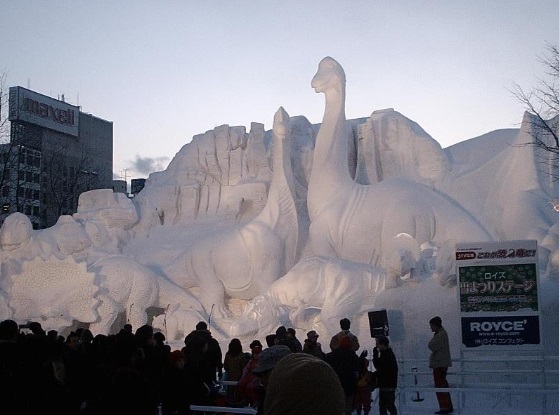 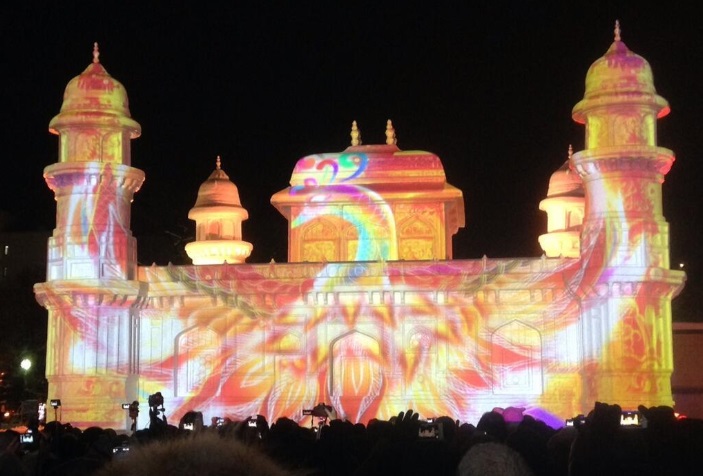 Note that this festival is very popular (because it is very impressive), so you will have to reserve accommodation in Sapporo well in advance.

If you are in Hokkaido for the Yuki Matsuri, why not head to Tsurui to witness one of Japan’s most enchanting natural events? Every winter, Japan’s population of red-crowned ibis flocks to Tsurui to mate, performing intricate and seemingly choreographed mating dances together. It’s an incredible sight, and you can take it into account at the Tsurui-Ito Tancho Shrine. 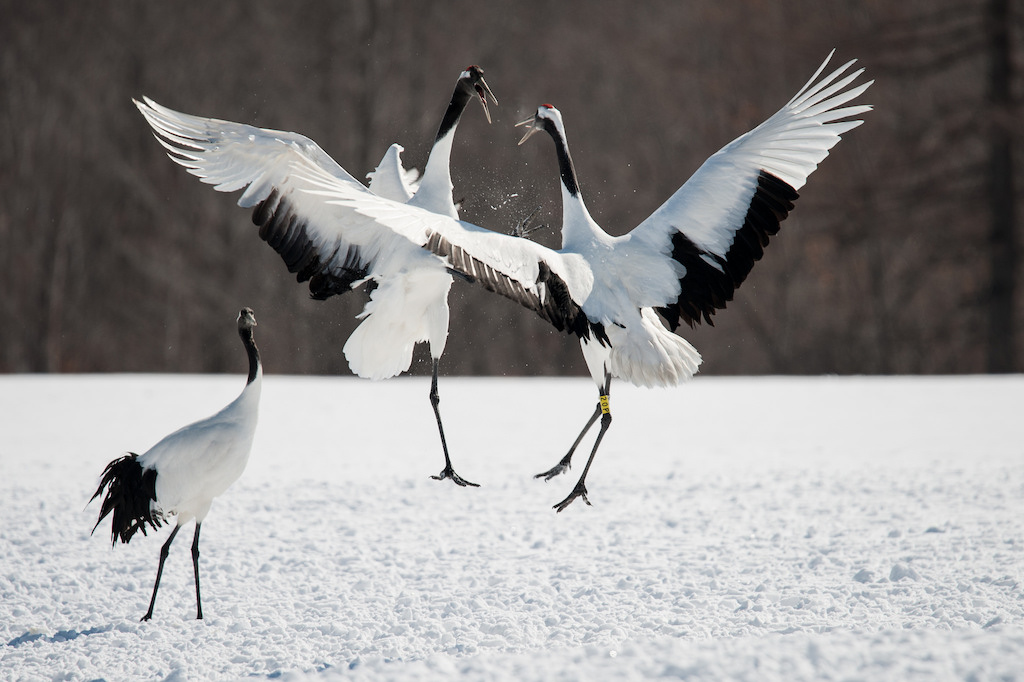 There are some pretty spectacular illuminations all over Japan in the winter, so if you are planning a trip there is sure to be something amazing in your neighborhood. In Tokyo, you must go to Tokyo Midtown to see the ‘garden of the stars’; in Kanagawa you can visit the largest light show in the Kanto region at the Sagamiko Resort Pleasure Forest; And for the biggest show in all of Japan, head over to Mie Prefecture for the Nabana no Sato Winter Lighting, which features around 7 million LED bulbs. 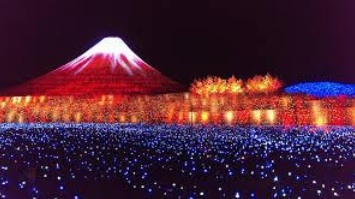 Illuminations in Nabana no Sato of Mie Prefecture

A preserved and traditional village in the Japanese Alps that was inscribed on the UNESCO World Heritage list in 1995 for its wonderful collection of original thatched cottages, Shirakawago is an excellent place to visit at any time of the year. but it is particularly spectacular in the winter. 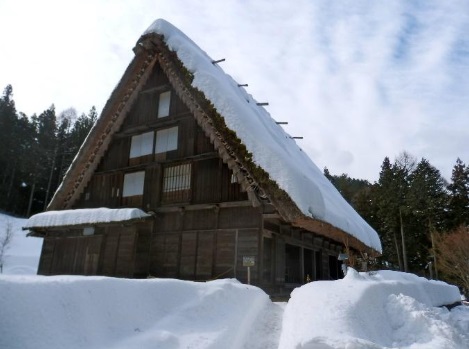 The farms are called gassho zukuri, or “praying hands” because of the steep slope of their roofs, designed to cope with the heavy snowfalls in this alpine region. If you decide to visit, I highly recommend that you make arrangements to stay overnight at one of these farms (some of which have been converted into traditional inns) for a totally unique experience that you won’t find anywhere else.

11) You can really see Mount Fuji

According to studies, it is estimated that it was formed about 10,000 years ago as a volcano that is still active despite having a low probability of eruption. The last eruption was in 1707. Mostly the peak of the mount is covered in ice and it is very sacred to Buddhists and Shintoists, and it is also believed to be the palace of the fire goddess in the Shinto religion and Danichi Nyorai, the sun god. in Buddhism. If you want the best chance of seeing Fuji-san, guess what? You have to go in the winter!

Reasons to travel to Japan in winter