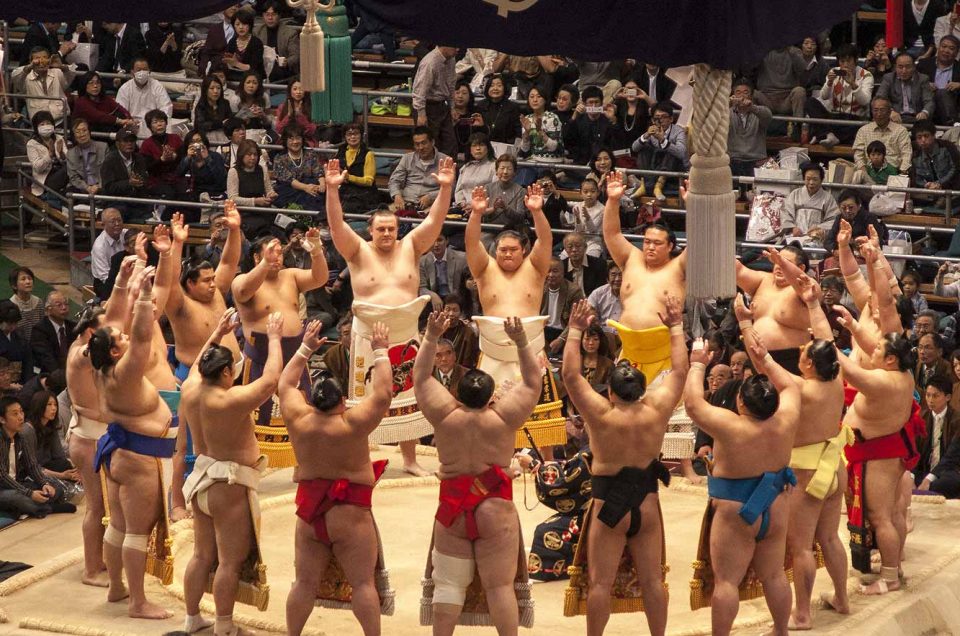 Watching sumo is truly a “Japan only” experience. The wrestlers are classified into different categories with the new recruits and the lower ranks competing in the morning. The stadium is pretty empty at the moment so this is a good opportunity to drop off your designated seat and slide down to ringside for photos. Many wrestlers roam freely around the stadium, so don’t be shy to get your picture taken with a sumo giant!

Later in the day, the stadium seats fill up to see the main makuuchi division making a ceremonial entrance to the ring dohyo at around 4pm. This is followed by the purification ritual performed by the Yokozuna, the highest ranking fighters where they eliminate the evil spirits from the dohyo.

When to go: The Osaka sumo tournament will take place in March.