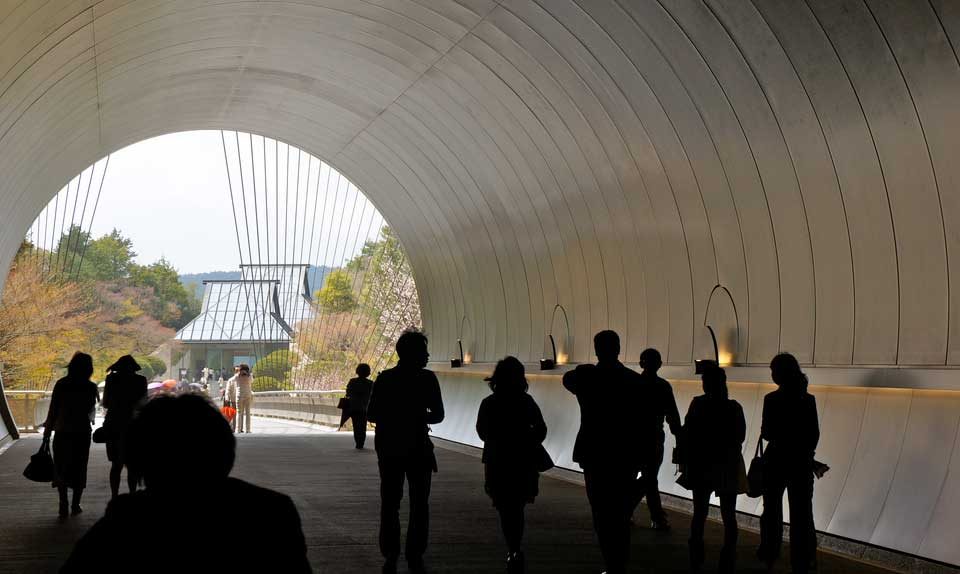 The Miho Museum’s combination of historical artifacts and innovative modern architecture make it an enchanting day trip option for visitors to Kyoto.

The Miho Museum was founded in 1997 by Mihoko Koyama: heir to the Toyobo textile company, founder of the Shinji Shumeikai spiritual movement and one of the richest women in Japan. It is after Koyama that the museum is named, and most of its exhibits belong to his own private collection.

Located a bit outside of Kyoto in the hills of Shiga Prefecture, the Miho Museum is as famous for its unusual architecture as it is for its impressive collection of historical artifacts. The building was designed by I.M. Pei, the world famous Chinese American architect responsible for the glass and steel pyramid at the Louvre, and it is widely accepted as one of his best designs. In his design, Pei went to great lengths to integrate the building into its natural surroundings, juxtaposing steel and glass with wood, stone, and panoramic views of the surrounding countryside.

In terms of exhibits, the museum has two distinct wings. In the south wing are ancient treasures from Egypt, West Asia, Greece, Rome, China and the Islamic world; in the north wing there are Japanese paintings and artifacts. The main exhibit changes about once a year, while the special exhibits change every few months.

Please note: the museum is closed from mid-December to mid-March.

Miho Museum
Open Chat
Powered by
Hi, talk with us