Manga and anime: a worldwide phenomenon 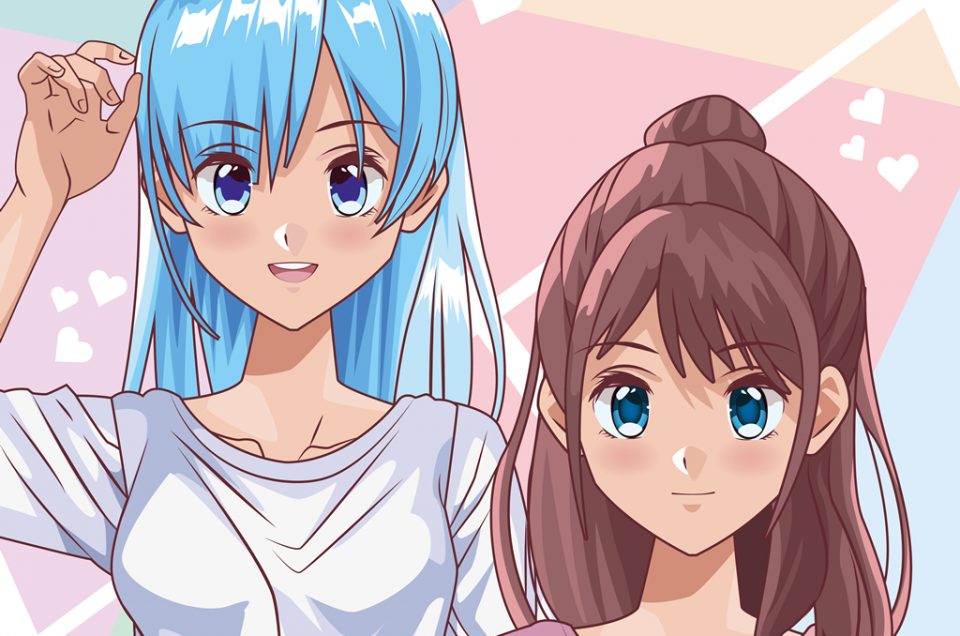 Once almost completely unknown to the world outside of Japan, manga (Japanese comics) and anime (Japanese animation) have become a worldwide phenomenon, and their popularity is growing by the day.

Manga books are generally printed in black and white and cover a wide variety of genres and topics targeting both genders and all ages, not just young children, to whom comics are generally marketed in the West.

Topics include romance, action adventure, science fiction, comedy, sports and can also venture into darker adult themes like horror and more daring material; although the latter tends not to be recognized in everyday life and culture.

As it makes up a large section of Japan’s publishing industry, manga books can be found and viewed everywhere. People reading manga on trains during rush hour is common in Tokyo and the rest of the country.

Each city will have a bookstore with aisles of different manga genres and the larger cities even have stores dedicated entirely to the medium on multiple floors. Convenience stores are very happy for customers to stand up and read manga even if they aren’t shopping, and many waiting rooms and restaurants have shelves with popular serial publications.

Most manga intended for children use a simplistic style and the lovable characters fuel Japan’s love for all things kawaii (cute). The characters also have extra-large eyes through which the artists are able to convey emotions more easily. Below are some examples of the most popular manga comics among children:

AstroBoy (created by Osamu Tezuka and first published in 1952) is about a world where humans and robots coexist. The protagonist, AstroBoy, is a robot who uses his superior powers to fight crime and, as a result of his owner’s care and attention, can experience human emotions.

Doraemon (created by Fujiko F Fujio and first published in 1969) follows a blue robotic cat who traveled through time from the 24th century to help a young schoolboy, Nobita Nobi, through life’s trials and tribulations.

Dragon Ball (created by Akira Toriyama and first published in 1984) follows Goku and his friend Bulma as they explore a mythical land, learn martial arts, and search for “dragonballs” that summon a magical dragon to assist them in times of danger.

As you move away from books aimed at children and those intended for teens and young adults, the topics may get a little darker, however the general ideas of good overcoming evil still remain. The style of the artwork is much more detailed and realistic, however the physical characteristics of the characters are still too stylized and exaggerated. Here are a couple of examples popular with teenage audiences:

Bleach (created by Noriaki Kubo and first published in 2001) is about a teenager named Ichigo who gains the power of the Soul Reaper (similar to a god of death) and protects the human world against evil spirits, as well as guiding spirits – world.

Death Note (created by Tsugumi Oba and first published in 2003) follows Light, a high school student, who receives the “Death Note” from a death god. When Light writes the name of a person in the notebook, his life comes to an end, so he is in charge of ridding the world of criminals and evil. Both Bleach and Death Note, along with other popular serializations, have been released in English. Its popularity in western countries is not on the same scale as in Japan, but interest is growing.

Once a certain manga has proven its worth by popularity, the natural progression is for an animated television series to be created, however, the manga is not the only source of inspiration for anime. For example, Pokémon was a worldwide success as a video game for Nintendo before it became a manga and anime series.

The obvious differences in the manga, such as color, movement, and sound, bring the anime to life, but there is an additional element that is extremely important: the musical theme. Artists from the J-pop and J-rock world are falling all over themselves to write the theme songs for the next big anime series as it is almost a guaranteed hit and provides great exposure. The anticipation of which artist it will be can often overshadow the anime itself, being the subject of hot discussion on school playgrounds and internet forums.

One of Japan’s most famous, successful and critically acclaimed animators is Hayao Miyazaki, co-director of Studio Ghibli, which was founded in 1985. His long career has led him to create numerous original feature films in animated form that have touched the hearts of the Japanese, as well as the rest of the world.

Visually, his animation style is unique and cannot be mistaken, especially since his characters tend to have small eyes, going against the usual trend for larger eyes as mentioned above. Another distinctive feature of her work is that most of the protagonists are strong and independent girls or women.

Some of Miyazaki’s most famous works include Princess Mononoke, My Neighbor Totoro, and Spirited Away, which won the Oscar for Best Animated Feature Film at the 75th Academy Awards.

Many popular anime series and Miyazaki movies have had some levels of success in other parts of the world after being dubbed into multiple languages, but, to get the true feel of the work, they really need to be viewed in Japanese.

Most visitors to Japan simply scan the surface of the manga and anime visually appreciating the characters that appear wherever you go without any real knowledge of who they are. However, a little research in this fantasy world can enrich your time in Japan as your knowledge of the characters will create instant common ground with the Japanese you may encounter, and you will find yourself actively searching for and locating the characters. that you know.

Manga and anime: a worldwide phenomenon