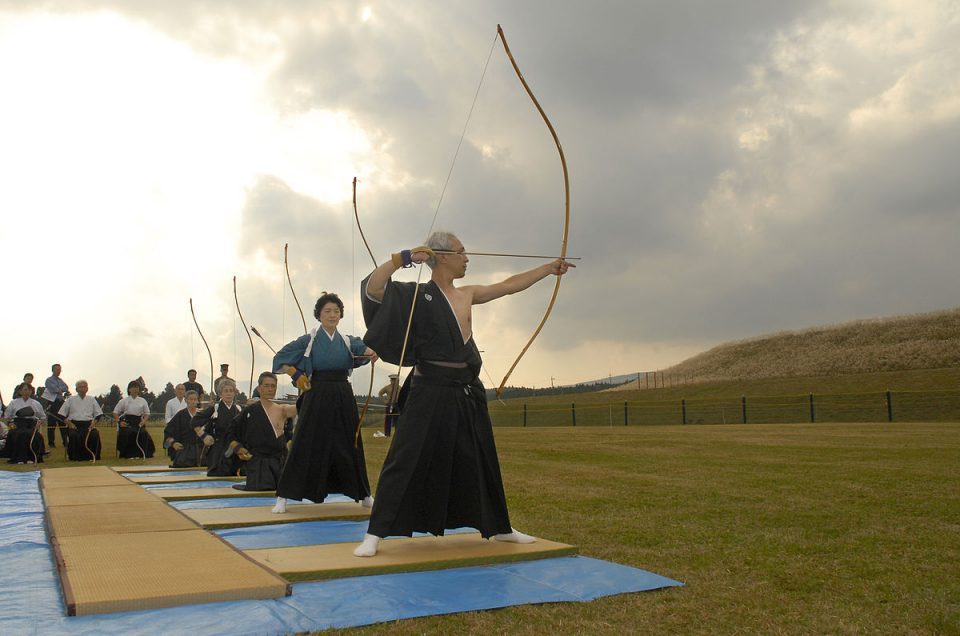 Try your Japanese archery in Kyoto

Japanese archery, known as kyudo, is an extremely popular martial art in Japan; most high schools have a kyudo club. The earliest images of archery in Japan date back to the Yayoi period (500 BC – AD 300), but the practice really took off in the 12th century when it was adopted by samurai as part of their training.

Only One Travel can organize a private kyudo class with a master archer during your stay in Kyoto. By copying the movements of the instructors, you will have to shoot arrows from a two meter long kyudo bow. An important part of kyudo is the ritual preparation of each shot to train both your mind and body.

Kyudo
Open Chat
Powered by
Hi, talk with us