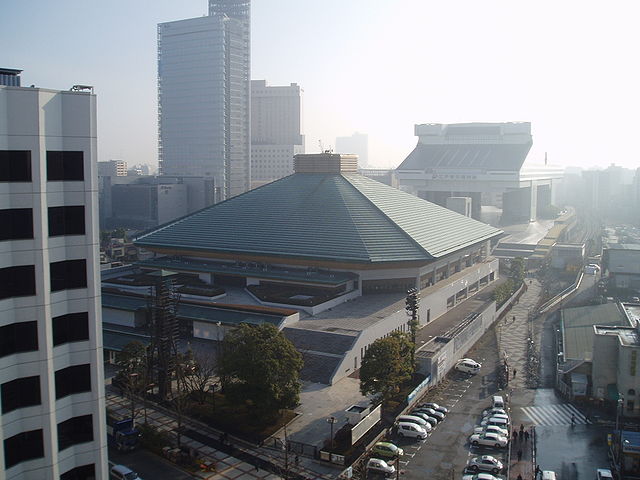 Ryōgoku Kokugikan (Ryogoku Kokugi-kan?), Also known as the Sumo Hall, it is an arena located in the Ryogoku area, in Sumida, one of the 23 Special Wards of Tokyo, in Japan, near the Museum. It is the third building built in Tokyo associated with the name Kokugikan. The current building was inaugurated in 1985 and has a capacity for 13,000 people.

It is mainly used for sumo fighting tournaments, with hatsu-basho (new year) tournaments in January, natsu-basho (summer) in May, and aki-basho (autumn) in September. There is also a sumo museum there.

The venue is also used for other events, such as boxing, professional wrestling, and music concerts. Usually each year, it hosts the last three days (and the final) of G1 Climax, an annual New Japan Pro-Wrestling tournament.

Kokugikan Arena
Open Chat
Powered by
Hi, talk with us