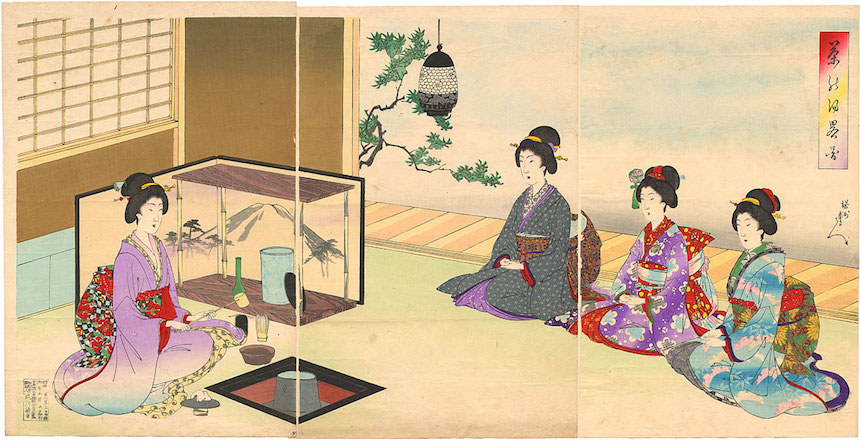 Manners and customs are an important part of many facets of Japanese life. The Japanese grow up picking up the subtleties of this unique culture as they go through life, respecting the invisible and varied social rules. There are many aspects of this seemingly complicated culture that as a foreign visitor you will not be expected to know, but there are some things that will be easier to understand than others.

One of the most obvious social conventions is the bow. Everyone bows when they say hello, bye, thank you, or sorry. Bowing down is a term of respect, remorse, gratitude, and greeting.

If you meet someone in Japan, you may want to give them a little bow, but you don’t necessarily need to greet everyone who bows to you. When entering a store or restaurant, for example, you will be greeted with shouts of irrashaimase (welcome) and a bow from the staff as a sign of respect for you as a customer.

As a customer, you will not be expected to back down as you could face a long bow as the staff will feel the need to bow to you. You may prefer to adopt the casual version of the bow as a sign of appreciation when thanking you for your purchase at the end of your shopping experience. Many Japanese use heading in more casual everyday situations.

There are several ways to bow, such as the 45-degree saikeirei bow used at times for a sincere apology or to show the utmost respect, or the 30-degree keirei bow, which is also used to show respect to superiors. As a visitor to Japan, you will probably have no use for any of these.

The 15 degree eshaku is semi-formal and is used to greet people for the first time. You may have more use for this bow during your time in Japan, but you are not expected to use it, and the Japanese today are more than familiar with shaking hands.

This is something that confuses many visitors to Japan, but it is so easy to understand. It is customary in Japan to remove your shoes when entering a traditional ryokan (guesthouse), house, temple, or occasional restaurant.

For example: traditionally, the Japanese took off their shoes when entering houses, as people slept, sat and ate on the tatami floors, and footwear worn outside littered the living area. Today people still remove their shoes, partly to keep the interior of the building clean, but also as a sign of respect.

As a visitor to Japan, you may not find yourself entering many private houses, which if you are likely to find yourself in a traditional ryokan, minshuku guesthouse, or temple building. In these cases, you are expected to remove your shoes.

Upon entering the building, you will usually find yourself in the genkan (entrance hall), which will often be on a slightly different level from the rest of the floor, a sign asking you to remove your shoes, you will see many shoes neatly placed or you can see an area or lockers to place your footwear. These are all signs that you need to remove your shoes.

Most Japanese will effortlessly slide in and out of their footwear from the genkan to the tatami floor in one swift motion. As soon as you take off your shoes, go straight up to the main floor and, to be polite, you might like to turn around and carefully reposition your shoes or place them in the appropriate place. Although you may not be fluent in taking off your shoes like the Japanese do, it is a simple concept that is considered important in Japan.

The suffix “san” is often used when referring to another person and is a term of respect. If you mean Mr / Mrs Suzuki, it would say: “Suzuki-san”. However, you would never refer to yourself as “-san” and would only use your name for yourself.

Before eating, the Japanese put their hands together and use the term “Itadakimasu” (I humbly receive it). After the meal, it is polite to say “Gochiso sama deshita” (thank you for the meal). The Japanese will understand if visitors don’t have a proficient use of chopsticks (Hashi in Japanese), but there are some rules you should try and follow: Don’t put chopsticks in your rice bowl or pass them around. Besides being a bit rude, these actions have relevance to the Japanese funeral ceremony. It is also advisable not to dip the rice in soy sauce. The Japanese are very proud of their rice and this seemingly innocent action may surprise and even offend some ryokan / restaurant owners. Walking and eating in public is not common practice and is considered rude. You can sit in a public place and eat or stand in the tachi-gui restaurant / shops, but walking and eating is not courteous. 08