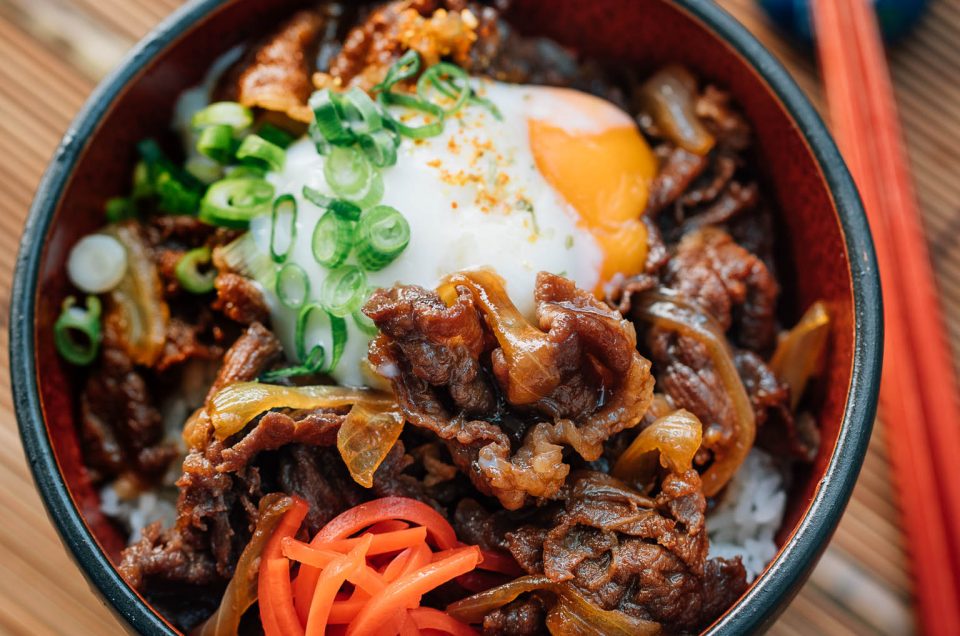 Japan has one of the best gastronomies on the planet. Care, love and meticulousness characterize Japanese culture, and they bring it to every table and plate in the country. This is probably the reason why Tokyo has more Michelin star restaurants than any other city in the world.

While there’s a lot of talk about refined dishes like sushi or a kaiseki dinner, we love the often overlooked and less refined options. Here is a list of our favorite dishes from Japan. 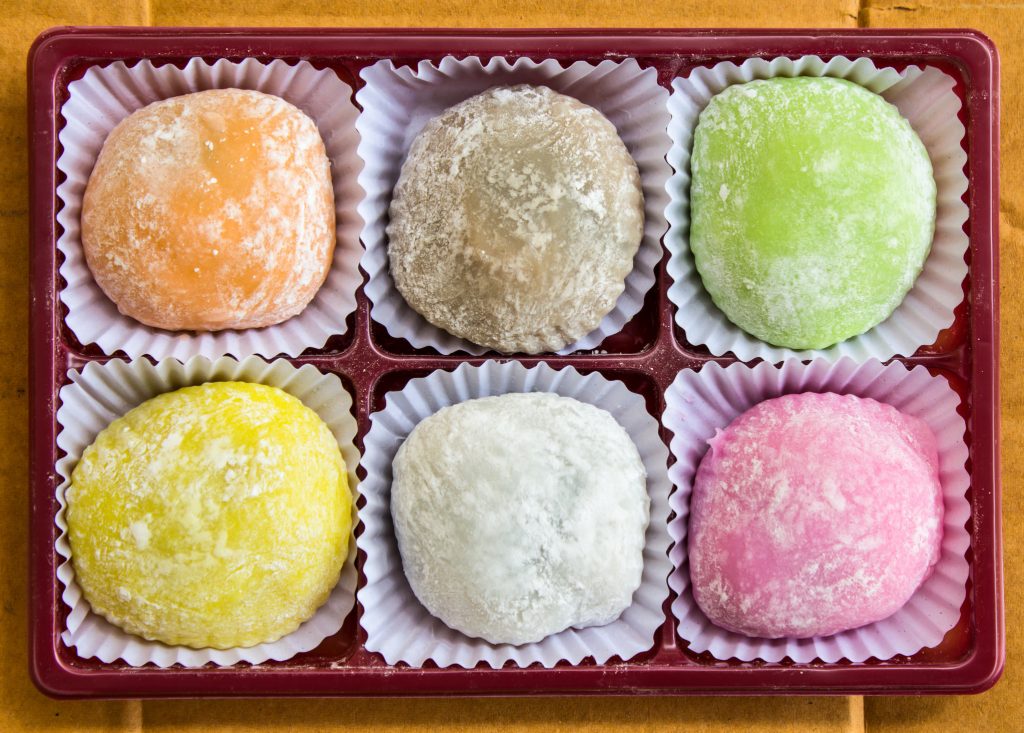 Mochi are small balls of rice that have been repeatedly pounded, molded, and then covered with a flavored powder or sauce. They can be found throughout Japan and sweets are generally served. The texture of mochi is unlike anything found in the West. They make it the perfect tourist snack.

A popular dessert is Daifuku Mochi, which consists of stuffed mochi, usually with sweet beans. However, it is a dish that is beginning to gain popularity not only in Japan but throughout the world, and lately its preparation has spread by filling it with fruits, green tea, cream, ice cream, among many more. 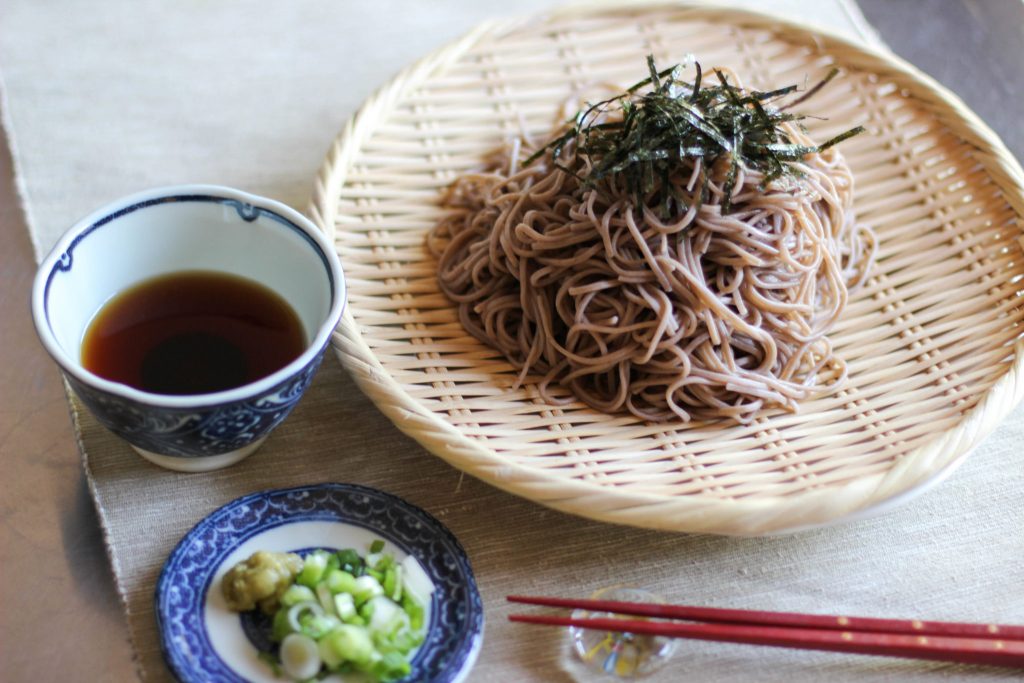 Soba (buckwheat) noodles are the perfect dish at any time of year. In summer you can sip a cold and refreshing bowl, and in winter it is comforting to have a warm soba broth.

The buckwheat flour makes the noodles light, so they are ideal even after lunch, or a visit to places of interest. Although soba can be found throughout Japan, Matsumoto is particularly famous for it. If you go to town, join the experts and try making homemade soba! 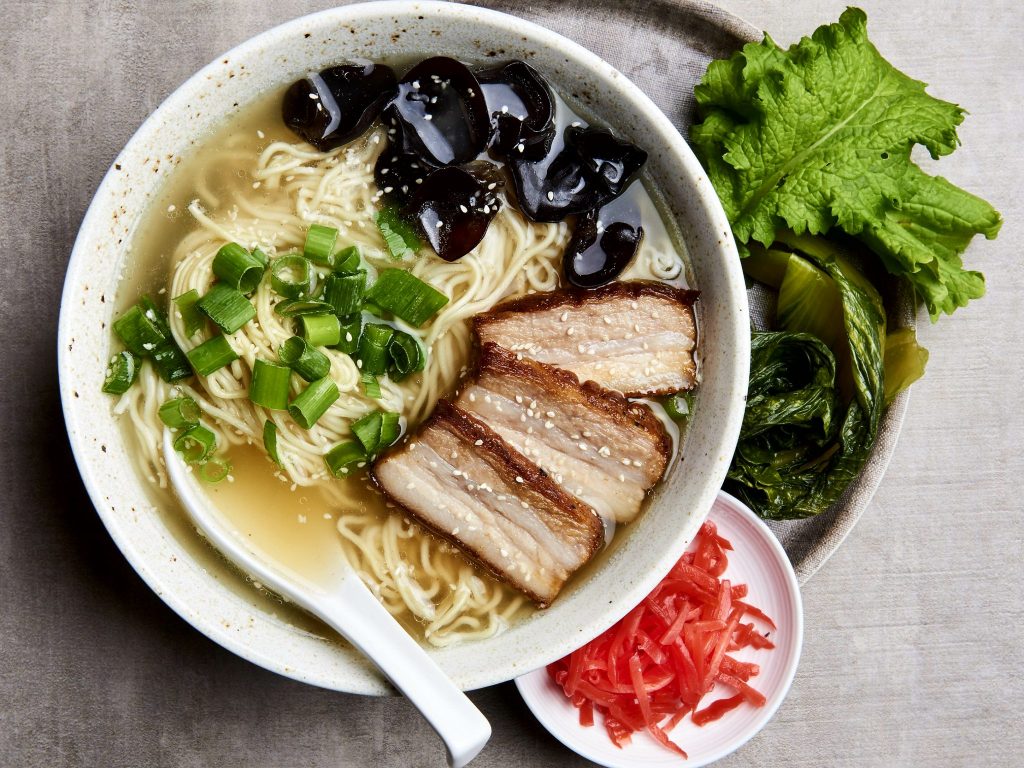 Many hours, and even days, are used to create the broth for a good bowl of ramen. This delicious hot dish comes in hundreds of varieties, from lighter, lighter soups to thick, heavy broths with a meaty flavor.

Tip: Ramen is regional, and varies by city; so try a different one at each site you visit. 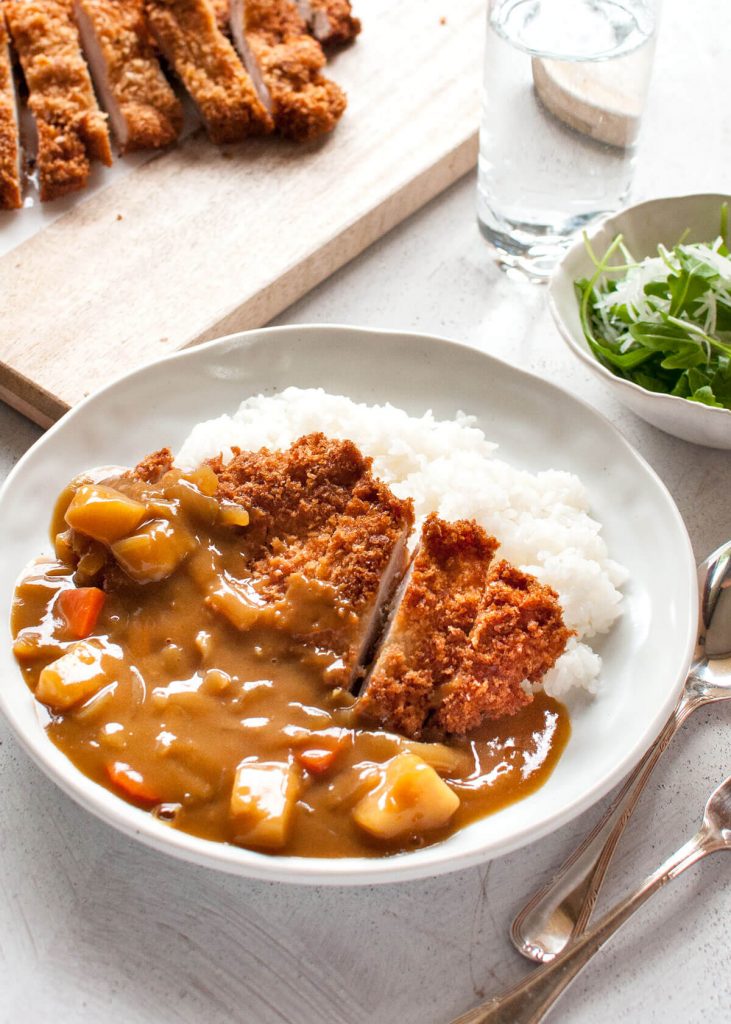 Japanese food is not usually spicy, and its curries are no exception. The slightly sweet and rich sauce goes perfectly with Japanese rice. Although the most common version is not very spicy, there are quite spicy versions in the markets, for the most daring and lovers of this one.

Curries are usually topped with a lightly breaded pork chop (katsu) and pickled ginger. We love adding cheese to it (don’t say it sounds weird, until you try it!). It might not sound like much, but Japanese curry has a great depth of flavor. It can be a welcome break from more conventional Japanese food. 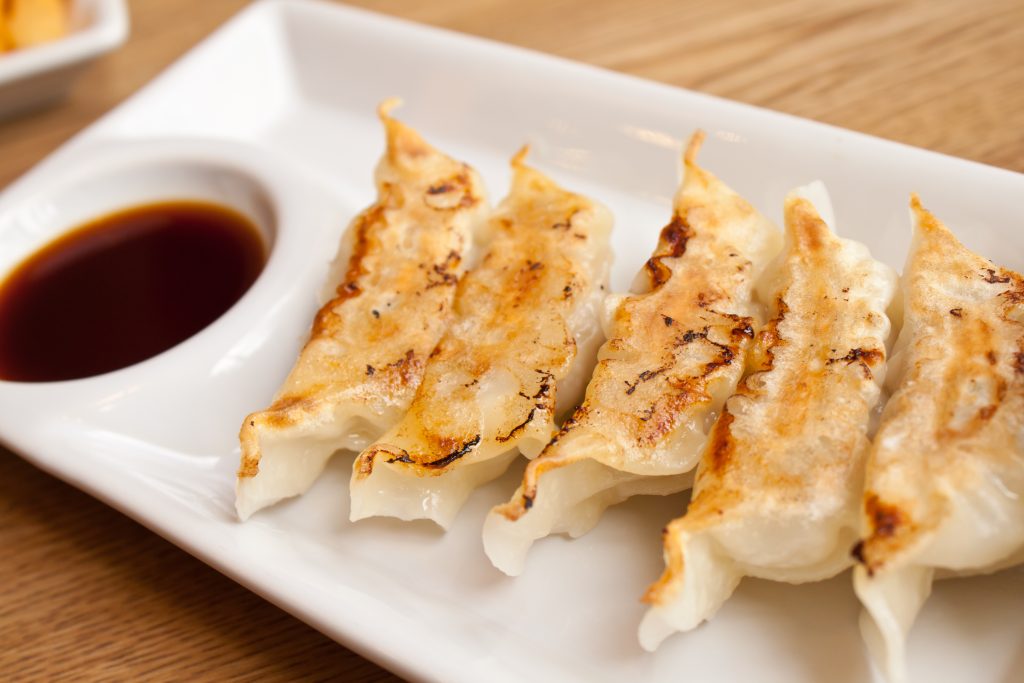 Gyoza, or Japanese dumplings, are a cheap staple across the country. Usually filled with pork, a little ginger and cabbage, they can be dangerously addictive. In many restaurants you will have the option of making your own soy sauce, vinegar, and chili oil sauce to accompany the gyozas.

Gyozas are the perfect accompaniment to a cold beer, and a good reward for a hard day’s work, or – why not – sightseeing in Japan. 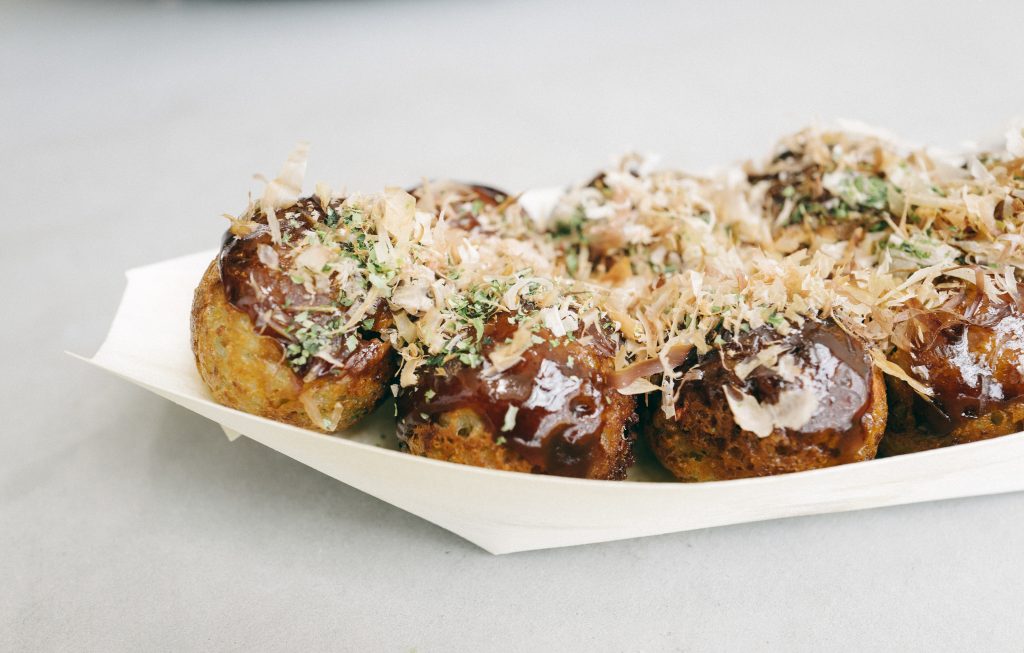 Takoyaki or octopus balls may not seem like the most attractive dish in the world, but once you taste the crunchy and smooth combination of the dough combined with the octopus flavor, you will be devouring them in the blink of an eye. Takoyaki is very famous in Osaka, being its city of origin, and can be bought in many of the street stalls in the city.

They’re topped with a slightly sweet sauce, mayo, and dried bonito, and they make a great on-the-go snack. 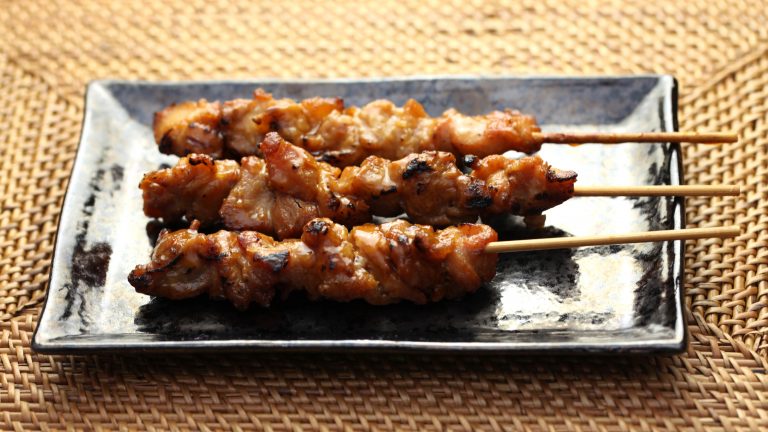 It literally means grilled chicken. Yaki-Tori is simple, but delicious Japanese food; popular to accompany a couple of cold beers, which is why it is widely served in izakayas (Japanese bars).

The only seasoning added is usually a sweet sauce or just a little salt and pepper. We always recommend eating Yaki-Tori at the bar counter, to see the pinchos masters during their work.

Last on our list is the incredible experience of eating Shabu Shabu. Its name comes from a Japanese onomatopoeic word, which means to dip food in and out of a cauldron.

A plate of local raw meat and vegetables is served. You cook them in a pot of boiling water, adding any of the dipping sauces and other tasty sides as you go. After you’ve cooked everything, you’ll have a tasty broth that you can finish with an extra order of noodles. The Shabu Shabuses a casual and fun experience, highlighting simple, but fresh and delicious, local ingredients.

Although our list of favorites may not match that of other people, they are undoubtedly dishes that you should not miss trying. Remember that it is difficult to eat badly in Japan, so try everything you can!

JAPANESE GASTRONOMY: 8 DISHES YOU NEED TO TRY!
Open Chat
Powered by
Hi, talk with us