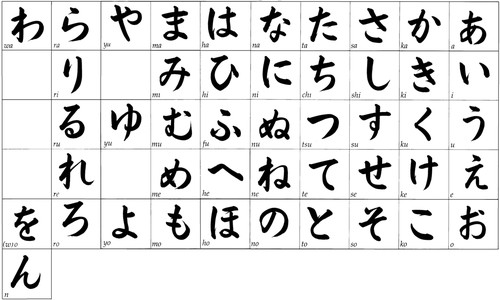 Where the spoken and written languages ​​in Japan come from is mysterious and has many theories. There is a controversial story that anthropologists, linguists, and historians are still trying to debate and decipher.

Some link the Japanese language with Altaica, Polynesian, Korean and among others. However, the language is considered ambiguous.

The most notable changes in these periods were the adoption of foreign words, changes in pronunciation, and the reduction of vowel sounds.

Many dialects in particular regions of Japan have developed since ancient times. The difference between dialects, generally tone accents, vocabulary, and use of particles. There are two main types of dialects which have been divided into “Tokyo Type” and “Kyoto-Osaka Type”. This is a division based on the north and south of Japan.

There are even dialects around Japan that may be incomprehensible to others from different parts of the country. For example, a native of an isolated island or mountain village may use a dialect derived from Old Japanese.

The specific dialects of your region in Japan have unique and distinct qualities to their versions of speaking Japanese. Although, today there is a form called the Japanese Standard. This form is taught in schools, used on television, and is an official communication.

Standard Japanese is known as the “common language”. However, with regard to dialects in regional varieties, they are considered valuable and as a form of local identity.

Japanese has a complex writing system consisting of three different character sets: Kanji (thousands of Chinese characters) and Hiragana and Katakana (two syllables of 46 characters each, together called Kana).

Compared to other languages, Basic Japanese is relatively simple. The distinctions between singular and plural, and other complicated factors, are almost completely lacking. The conjugation rules for verbs and adjectives are simple, and nouns appear in the same form.

Pronunciation presents minor problems for most students, but accents can be considered a difficulty for some. This is to a lesser extent than comparatively, the Chinese language.

There are also different words and expressions that are used to speak to an unknown or superior person, who are opposed to speaking to a close family member or friend. In fact, there are more than five different ways to use “I” depending on the context.

The Japanese language belongs to the Japanese family and is originally from Japan. There are approximately a total of 128 million people who speak Japanese in the world.

Japanese for hotels and restaurants