How to withdraw cash in Japan 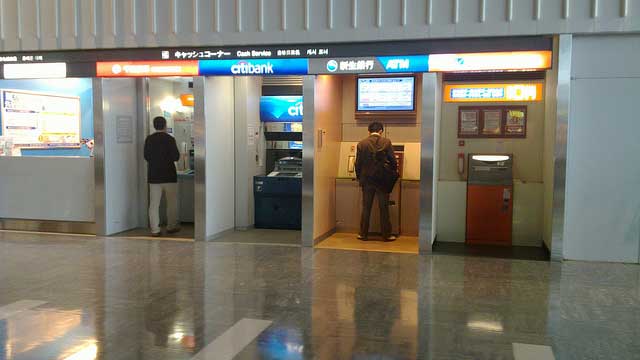 Credit and debit cards from the main issuers (Visa, Mastercard, Amex, JCB, Diners) are increasingly accepted in the main cities. However, they are not used as much as in western countries. There will be some supermarkets where you can pay by card but commonly you cannot pay a credit card. Avoid ATMs in banks as banks do not normally accept cards issued abroad. Instead, use the Post Office ATMs at the Seven Eleven convenience store branches where you can withdraw money using Visa, Mastercard, Cirrus or Maestro cards. You will need a 4-digit PIN number to do this.

There are no personal checks in Japan – mail order items and the like are often paid by bank transfer.

How to withdraw cash in Japan