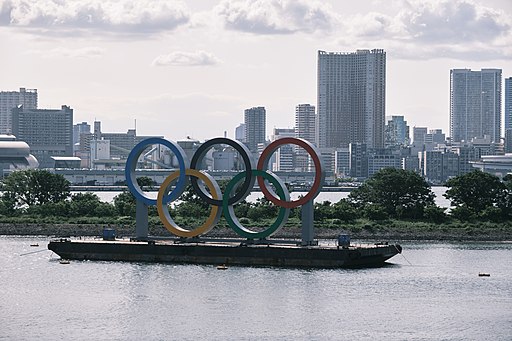 A gigantic set of Olympic rings, which was the subject of a maintenance operation, returned to the boardwalk in Tokyo on Tuesday, where local officials hope that this symbol will renew the enthusiasm for the Games postponed until next summer due to the coronavirus.

Promising vaccine trials have bolstered Tokyo’s hopes of finally hosting the Olympics, which are scheduled to open on July 23, 2021 after an unprecedented postponement in March due to the pandemic.

The 69-ton colored rings were installed in Odaiba Bay earlier this year, when the city had started the final countdown to the Olympics, but were removed and towed in August for maintenance and inspection.

This Tuesday they returned with a new coat of paint and it is planned to illuminate them at night.

“We are working very hard to organize the Olympics, where people will feel safe,” Atsushi Yanashimizu, a Tokyo city official, told reporters.

“With the installation of the Olympic symbol, we would like more people to feel that the event is approaching and rejoice,” he added.

A poll conducted in July showed that only one in four people in Japan want the Olympics to take place in 2021, the majority of those consulted are in favor of a new postponement or cancellation.

The sponsors would also be concerned, since the organizers of Tokyo-2020 do not know how many are going to extend their contract.

Olympic and Japanese officials stated that they remain committed to organizing the Games next year. The president of the International Olympic Committee (IOC), Thomas Bach, said in Tokyo last month that he was “very, very confident” about the presence of spectators.

The rings will remain in place until the end of the Olympic Games and will be replaced by the Paralympic Games symbol in mid-August.

Giant Olympic rings are reinstalled in Tokyo
Open Chat
Powered by
Hi, talk with us