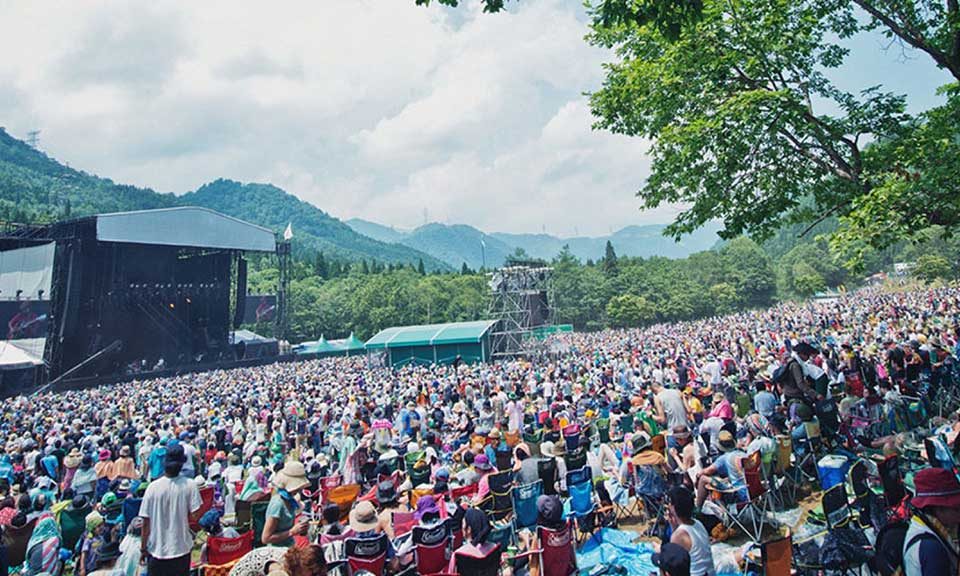 One of the best music festivals in the world in a stunning mountain setting, Fuji Rock Festival is like no other festival you’ve been to before.

A world-class line-up, hot spring baths, alpine scenery, forest walks adorned with glitter balls, and the common goal of having a great time makes Fuji Rock a music festival like no other.

While a relatively unknown gem on the global festival circuit, Fuji Rock remains true to the ideals of the counterculture, from which many other world festivals originated but have lost over the years; the word “alternative” still has some meaning and consumerism is left at the ticket door.

The festival site itself snakes through the Naeba Valley, following the course of the crystalline river; perfect for a refreshing dip on the hottest days. Japan’s Alps rise on all sides creating a stunning natural amphitheater for stages featuring acts like the Red Hot Chilli Peppers, The Stone Roses, Oasis, Eminem and Coldplay to name a few.

The festival attracts the less intriguing and quirky characters from Japanese society, which makes for a really good atmosphere, but in contrast, it is Japan’s need for order and respect that really makes this festival special; the portaloos are spotlessly clean with running water, there’s no trash or trash anywhere, smokers bring their own portable ashtrays, and festival goers stay relatively cool and odor-free thanks to the hot springs.

Fuji Rock is almost the perfect size; Big enough to keep you entertained all day but not big enough to spend hours walking between bands and lose half the fun. And there is, of course, the necessary amount of introductory entertainment featuring circus performers, comedians, and quirky novelty acts to fill in the gaps between the big bands.

This three-day celebration of music and freedom takes place at the end of July and is a must-see for festival goers, young and old alike.

When to go: Fuji Rock dates vary each year, but the event generally takes place during the last weekend of July (Friday through Sunday). Tickets generally go on sale from the end of February.

Fuji Rock
Open Chat
Powered by
Hi, talk with us