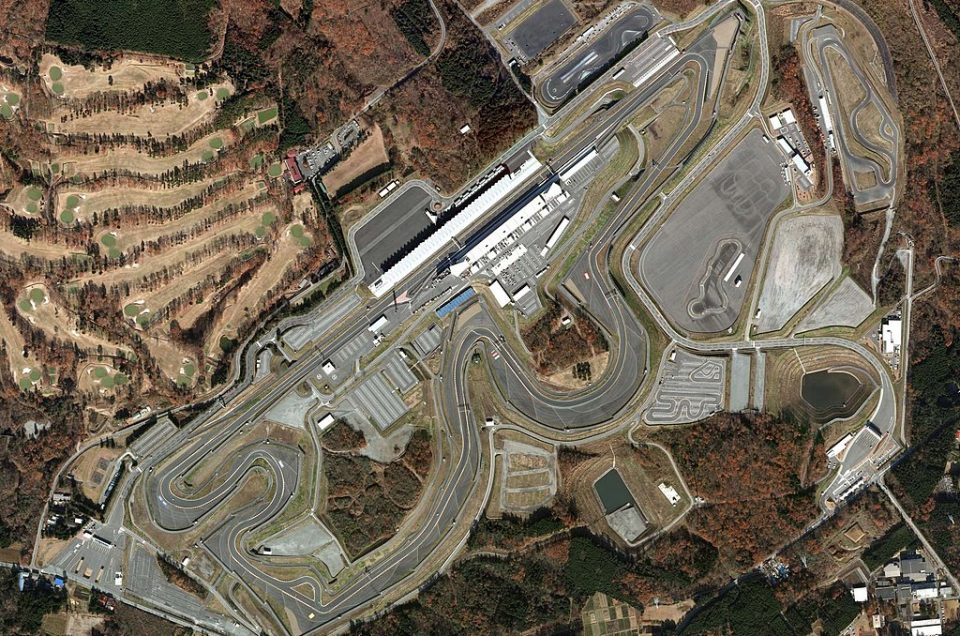 Also called Fuji Speedway or Fuji International, it is an automobile racing circuit located in Japan and one of two venues, which hosted the Formula One Japanese Grand Prix in recent years.

Fuji Speedway began under unusual circumstances, when plans for a NASCAR-style oval were laid out in the early 1960s on the foothills of the famous mountain.

Fuji Speedway Corporation was founded in 1963 by a group of Japanese businessmen with a plan to bring NASCAR-style racing to Japan. They called this company Japan NASCAR Corporation.

The circuit was scheduled to hold NASCAR series competitions in Japan. Therefore, the layout was originally designed to be a 4 km (2.5 mile) loop, but there was not enough budget to complete the project, therefore only part of it was designed.

With its construction, the circuit was inaugurated in December 1965; It turned out to be a bit dangerous at first with a few changes made to the superelevations regularly, resulting in serious accidents. The circuit was rebuilt to counter the problem, resulting in a 4,359-kilometer (2,709-mile) track drawing the first Formula 1 race to Japan by the end of the 1976 season.

Also, Fuji continued to be traced to hold other national competitions. What’s more,FIA World Endurance Championship qHe raced the 1000 km of Fuji between 1982 and 1988, and the World Touring Car Championship visited the track in 1987.

In 2003 the circuit was closed to accommodate a major track makeover, hosting the Formula 1 championship for its first event after 29 years on September 30, 2007.

The circuit continues to be used for Japanese national championships, including the Japanese Grand Touring Car Championship and Nippon Formula. It also hosts annually, internationally, the FIA ​​World Endurance Championship (FIA WEC), Toyota being the local credit. And it will currently be part of the stadiums for the 2020 Tokyo Olympics.