Female Boxing will be in Olympic Games 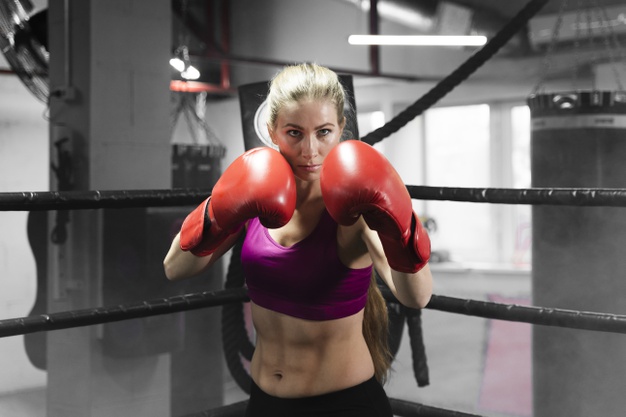 Women did not compete in boxing (or most other sports) in ancient times. In the modern era women boxers were often a novelty, competing in contests staged in London during the 1700s. The 1904 Olympics featured women’s boxing but only as a display event. Not until the 1970s did women begin to train seriously for the ring and to fight, although they had a difficult time getting matches and gaining acceptance by the boxing establishment. The fitness movement of the 1980s, however, helped to make boxing more accessible to women. Gender discrimination suits have also facilitated the rise of women’s boxing, especially in the United States. Lawsuits against such organizations as USA Boxing and the Golden Gloves Tournament, in which women sued to have the right to compete in amateur matches, opened doors of opportunity for women athletes, regardless of the outcome of the individual suits. By 1993 USA Boxing had sanctioned women’s amateur boxing, and the AIBA followed in 1994. In the 1990s women were also sanctioned to box in Canada and in numerous European nations—including Russia, Norway, Denmark, Sweden, Finland, and Hungary—and the Golden Gloves organization opened its tournament to women. Women’s boxing became an official Olympic sport at the London 2012 Games. In amateur boxing, women follow the rules of men’s boxing with a few exceptions—the rounds are shorter, and women wear breast protectors, with groin protection being optional.

In the 2021 Olympics in Japan it will be one of the sports present.

Female Boxing will be in Olympic Games
Open Chat
Powered by
Hi, talk with us