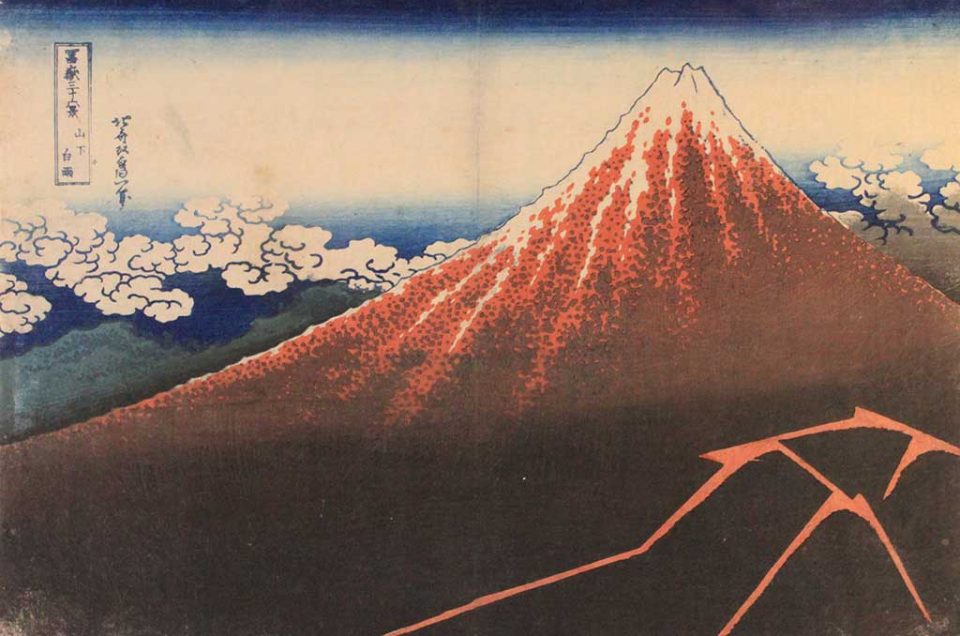 One of Japan’s most eminent woodcut artists made his home in Obuse.

Obuse’s most famous resident was Katsushika Hokusai, the famous ukiyo-e woodblock printing artist. It literally means “images of the floating world”. Hokusai’s most enduring work is The Wave, which has become a symbol of Japan known throughout the world. However, during his time living in Obuse Hokusai he stopped producing woodcuts and began to work in mediums as diverse as shoji screens, lacquer coatings for portable yatai shrines, hanging scrolls and picture frames.

Several of Obuse’s main attractions center on Hokusai’s work. The Hokusai museum collection is dedicated to work done while living in Obuse (in his 80s until his death in 1849 at the age of 89) and includes displays, the festival floats, and many hanging scrolls.

Perhaps the most impressive of Hokusai’s works found at Obuse is the incredible giant image of a Chinese Phoenix that adorns the ceiling of the Gassho-in Temple that was completed in the last year of his life: Lie down on the tatami floor and look up to see all the painting (and also look for the hidden illustration!). The temple also has beautiful gardens.

Hokusai’s legacy
Open Chat
Powered by
Hi, talk with us