Between Osaka prefectures to the north, Nara and Mie prefectures to the east and bordered by the Pacific Ocean to the south, Wakayama prefecture is known for its beautiful natural landscapes of mountains and sea. But its charm also resides in its many spas, located both in the mountains, as well as by the sea or the river, the most famous being Shirahama, the temples of Mount Koya and the sanctuaries of Kumano. These last two places are classified as World Heritage Sites by UNESCO. 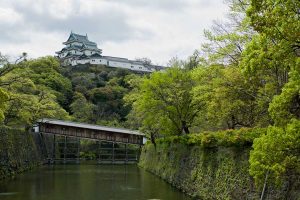 Founded in the 16th century by Toyotomi Hideyoshi, who built a castle here, Wakayama City has developed over the centuries to finally become the main city of the prefecture. The castle, destroyed during the Second World War, was rebuilt in 1958.

A 1 hour train ride from Shirahama is Cape Shionomisaka, the southernmost point of the main island of Honshu.

Kushimoto Marine Park
In this park you can enjoy the large aquarium, the underwater observatory and boat rides with glass bottoms.

Katsuura, is both a spa town and a fishing port, fans can enjoy this sport in a magnificent landscape. Cruises are organized on the pine-covered islets of Kii-Matsushima, somewhat reminiscent of the famous landscape of Matsushima near Sendai.

Wakayama
Open Chat
Powered by
Hi, talk with us