Kakunodate and Lake Tazawa (Tazawako) are located in Akita Prefecture. The region has a beautiful nature that has not been affected by modernity. Its many onsen (hot springs) are places of recreation and relaxation. Most of them are small and […]

Kakunodate and Lake Tazawa (Tazawako) are located in Akita Prefecture. The region has a beautiful nature that has not been affected by modernity. Its many onsen (hot springs) are places of recreation and relaxation. Most of them are small and rustic, and they give you the opportunity to meet the local people and enjoy country life. A network of buses runs through all the tourist attractions in the region. However, the frequency of bus services is reduced and, in some places, no bus runs during winter due to snow and harsh weather. Similarly, bus schedules change frequently depending on the season. You should consider these settings if you plan to travel in the region.

Walled city founded by the local lord Ashina in 1620. Today it is a charming city, called “Little Kyoto of Tohoku”. The city, which, thanks to its small size, can be seen on foot, has many samurai residences that are over 350 years old. It is possible to rent bicycles. 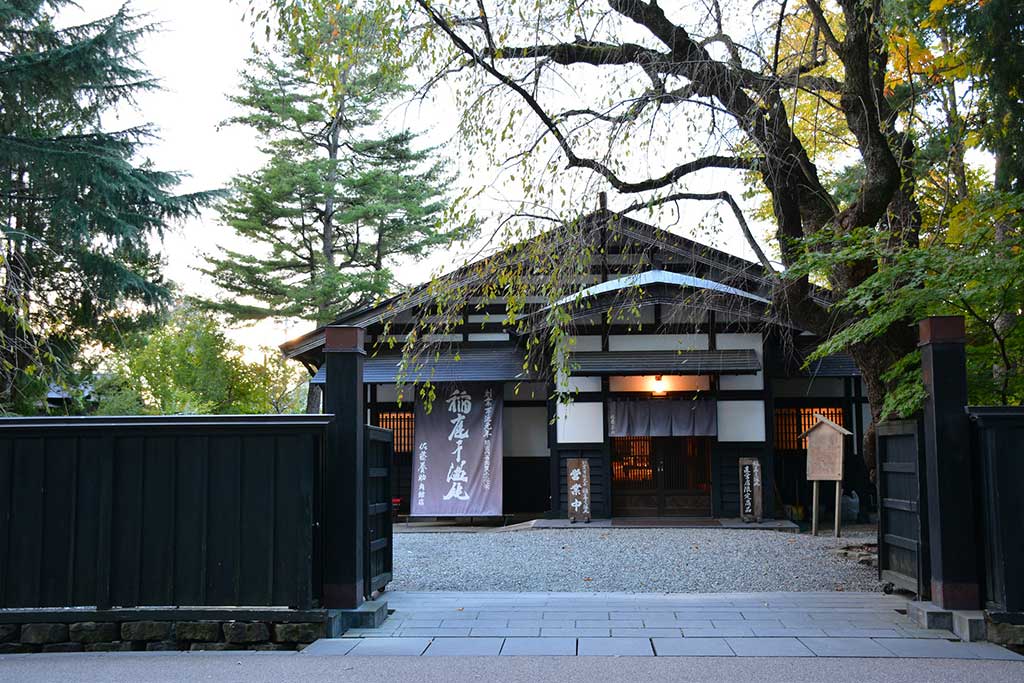 Very well preserved samurai residence. Its portal, built in 1860, is considered an important cultural asset. Rare varieties of weeping cherry trees can also be admired in the garden.

The arch of the cherry trees

A 15 minute walk from Kakunodate Station along the Hinokinai River across the city. This is one of the best places to admire the cherry blossoms in late April.

It is a symbol of the city like the old residences of the samurais. There are more than 400 cherry trees descended from trees transplanted from Kyoto 300 years ago. 152 cherry trees are also considered Natural Monuments.

Located opposite the samurai residences, it houses a museum and a cherry bark craft workshop. Visitors can witness the making of handicrafts.

The deepest lake in Japan (423.4 m). Its waters are the most transparent after those of Lake Mashu in Hokkaido. It is a caldera lake with the atmosphere of mystery that surrounds a large crater. The bronze statue of the legendary Princess Tatsuko found on the west bank is the emblem of the lake.

35 minutes by bus from Tazawako Station via Tazawa-Kohan Terminal (12 rides per day, 580 yen). Located northwest of Lake Tazawa in the direction of Nyuto Spa. In winter there are not too many buses that serve as a shuttle from the Tazawa-Kohan terminal. The plateau offers a panoramic view over the lake. In winter, the high quality of the powder snow attracts many skiers.

50 minutes by bus from Tazawako station, via the Tazawako kogen plateau (11 trips a day, 740 yen). This spa is home to numerous springs, most of which have accommodations.

Active volcano 1,637 m high east of Lake Tazawa. Although it is the highest mountain in Akita Prefecture, its ascent is facilitated by a shuttle bus that leaves from Tazawa station to the eighth station of the volcano (travel time: 1 hour and 5 minutes, price: 1,000 yen, June to October). The flower fields near the summit offer a wide variety of alpine flowers that are considered natural heritage.

Tazawa
Open Chat
Powered by
Hi, talk with us