Until the construction of the Seto Ohashi Bridge in 1988, Takamatsu was the entry point on Shikoku Island. Important historical sites bear witness to this past while presenting a modern side. The city has one of the most beautiful gardens […]

Until the construction of the Seto Ohashi Bridge in 1988, Takamatsu was the entry point on Shikoku Island. Important historical sites bear witness to this past while presenting a modern side. The city has one of the most beautiful gardens in Japan, the Ritsurin. The surroundings are also of great interest, with several important sites dedicated to contemporary art or the picturesque archipelago in front of the port. Lastly, Takamatsu is famous for sanuki udon, noodles that can be tasted throughout Japan. 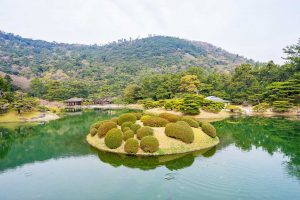 75 hectares of one of the most beautiful classical gardens in Japan. It was created by the lords of the city in the early Edo period and took about 100 years to complete. It has many ponds, artificial hills, a tea house and also has Mount Shiun in the background, in what is called the shakkei technique. 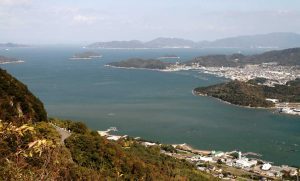 Yashima, a lava plateau that forms a peninsula and empties into the Inland Sea, was the scene of a decisive battle in the 12th century between the Taira clan and the Minamoto clan. Today, the site is a promenade from where there is a magnificent view of the Inland Sea.

At the foot of the Yashima Plateau, there is an open-air museum displaying traditional buildings, houses, warehouses, traditional workshops and even a theater, which mainly date back to the Edo and Meiji periods and originate from Shikoku Island. There is also a small but rich art museum, the Shikoku Mura Gallery, which includes works by Picasso or Bonard and was designed by the architect Tadao Ando.

Commonly called Konpira-san, this Shinto shrine is dedicated to the God of sailors and sailors and is built on Mount Zosu. Since ancient times, Konpira is a great pilgrimage site. The main sanctuary is accessed via a flight of 785 granite steps. However, if you want to access the farthest sanctuary, you will need to climb a total of 1,368 steps. A palanquin can be hired to climb up to the Daimon gate, which marks the entrance to the main shrine. 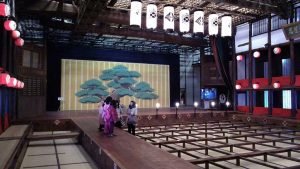 At the bottom of the staircase leading to the Kompira shrine, you can visit the oldest kabuki theater in Japan, the Kanamaruza which was built in 1835 and declared an Important Cultural Property.

In what was once the workshop of the great Japanese and American artist, 150 stone sculptures are exhibited both inside and in the garden. 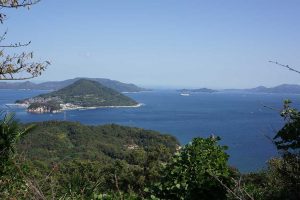 4 km from Takamatsu, this island is also known as Onigashima or island of the demons since, according to the popular Momotaro legend, it was home to many of them. 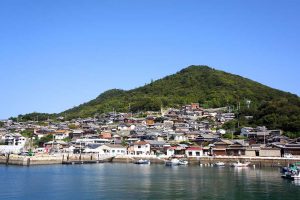 Near Megijima, this island is famous for its lighthouse, and also for the beautiful view over the Seto Inland Sea, which can be enjoyed by strolling along the trails. 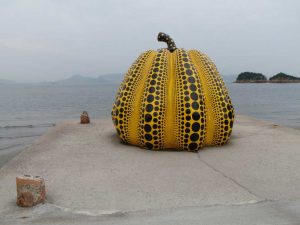 Naoshima is a small island in the Seto Sea that has been dedicated to contemporary art for several years. On the south coast of the island, you will find the Benesse House, a museum built by the architect Tadao Ando that also includes a hotel. The works are exhibited not only inside the museum, but also in other parts of the building, along the coast and in the forest. Located in the Honmura neighborhood, the Art House Project is a project of architects and artists working inside and outside seven old houses and buildings. In the south of the island, the Chichu Art Museum was built by Tadao Ando, ​​rethinking the relationship between man and nature. Works by Claude Monet, Walter De Maria and James Turrell can be admired.