Sapporo is the capital of Hokkaido, Japan’s northernmost prefecture. Located in the splendid central region of the island, this fifth city in the country is relatively new. Its full development began in 1869, when the Japanese government established an Office […]

Sapporo is the capital of Hokkaido, Japan’s northernmost prefecture. Located in the splendid central region of the island, this fifth city in the country is relatively new. Its full development began in 1869, when the Japanese government established an Office for the Colonization of Hokkaido. Unlike other large cities in Japan, it is a very green city, thanks to its many parks. As in European cities, the streets are identified and numbered in a linear fashion. Life in Sapporo is a unique experience and the atmosphere of the city is more reminiscent of the pioneering spirit than the roots of centuries of tradition. 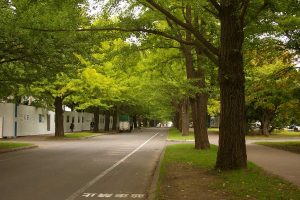 It was founded in 1876 to teach agricultural techniques to the young people who came from the colonization and development of the island. Dr. William S. Clark was here for a year as a teacher, at the invitation of the Japanese government. On his bust, on the campus of the Faculty of Agriculture, are engraved the words he uttered when he left for the United States and that have remained in the history of Japan: “Boys, be ambitious!”

Reported to the Hokkaido University College of Agriculture, this garden occupies 13.3 acres, in which more than 4,000 species of plants and some sections of virgin forest are preserved.

This red brick building was built in 1888 to house the Colonization Commission. It currently houses documents on the early development of Hokkaido. The building is listed as a Cultural Asset. 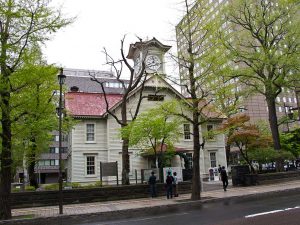 This symbol of the city was built in 1878 as the military training hall of the ancestor of Hokkaido University. The Clock Tower, which crowns the building, has been ticking continuously since 1881. It is listed as an Important Cultural Property. 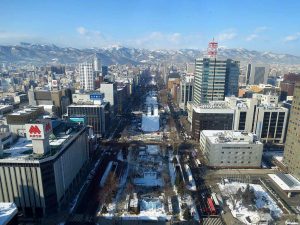 This 1.5 kilometer long and 65 meter wide promenade runs through the center of the city from east to west and is very popular with the city’s inhabitants. To the east of the park is a television broadcast tower that also serves as a viewing platform, 90 meters above the ground. At the other end is the Sapporo City Archives Museum. At the beginning of February, the Sapporo Snow Festival is celebrated in the park, transformed into wonderland, thanks to hundreds of ice and snow sculptures made by fans and artists.

More than 200 stores are concentrated in this gallery, which occupies eight blocks. 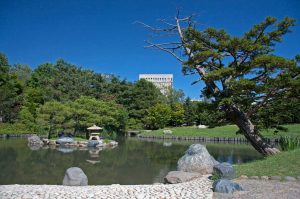 In addition to the Nakajima Sports Center, a Japanese garden, and other facilities, this park houses a tea house, Hasso-san, originally built in the 17th century by tea master Enshu Kobori, as well as a guest house, Hokeikan, by the one that members of the imperial family and other prestigious guests have passed. 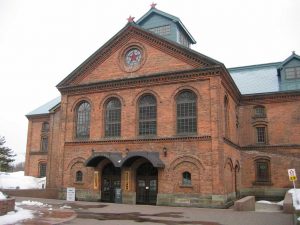 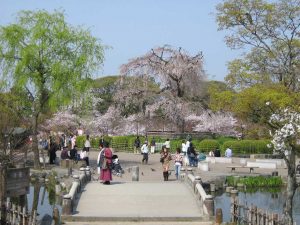 This park is home to the Hokkaido Shinto Shrine, a zoo, sports teams and the most beautiful cherry trees in the city. 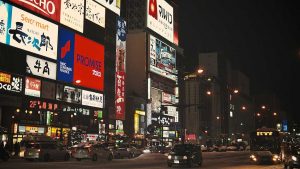 The jewel of the city’s nightlife has nearly 4,500 restaurants, bars, taverns and discos.

From the top of the hill, at the top of the 90-meter track, there is a beautiful panoramic view of Sapporo and its surroundings. Near the track is the Winter Sports Museum, displaying memorabilia from the Olympics and other winter competitions, as well as playgrounds. 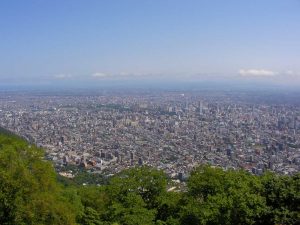 Residents love coming here to ski or hike. From the summit you get a beautiful view of Sapporo and its surroundings.

As its name suggests, the museum exhibits objects related to the history of Hokkaido. It is located in the Napporo Forest.

In the park of the Hokkaido History Museum there are buildings that date back to the last 140 years. The main means of transportation in the village is the horse-drawn carriage (270 yen one way). 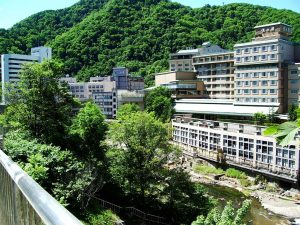 Upstream of the Toyohira River, surrounded by high cliffs, this spa is very popular with the inhabitants of Sapporo, thanks to its splendid natural surroundings and its abundant hot springs that sprout everywhere. There are numerous Japanese-style ryokan / hostels, restaurants, and souvenir shops. Excursions to Lake Toya or other resorts in southern Hokkaido also depart from here.

Sapporo
Open Chat
Powered by
Hi, talk with us