Saitama Adjacent to northern Tokyo, Saitama Prefecture has always maintained close relations with the capital. Located in the center of the Kanto plain, it has a dynamic urban fabric, historical places, large areas dedicated to agriculture and natural landscapes of […]

Adjacent to northern Tokyo, Saitama Prefecture has always maintained close relations with the capital. Located in the center of the Kanto plain, it has a dynamic urban fabric, historical places, large areas dedicated to agriculture and natural landscapes of great beauty; all this less than 100 km from Tokyo.
Saitama is a city founded in 2001 thanks to the regrouping of the cities of Urawa, Omiya and Yono, which Iwatsuki joined in 2005. Today it is the capital of the Prefecture and everything indicates that it will become an important center urban in the economic, administrative and cultural fields.

It is also a place of traditions. The bonsai city of Omiya attracts many amateurs and professionals around a common passion. The city of Kawagoe is a journey back in time to the Edo period. 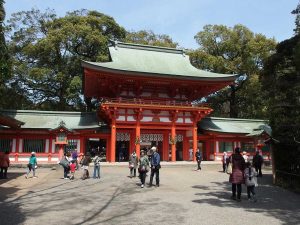 Omiya, literally “the great shrine”, got its name from the Hikawa Shrine. It was founded 2,400 years ago during the reign of the 5th emperor, Kosho. It is reached by a 2 km path that leads to an impressive vermilion red entrance tower. In this place peace and tranquility reign. Omiya Park stretches around the shrine.

More than 900 products from the prefecture are presented and offered for sale in this center dedicated to the promotion of Sai-no-kuni (the country of Sai). More than 600 of them have obtained the certification of “quality product”. These include food products and traditional handicrafts.

It is the oldest canal in Japan, opened in 1731 to facilitate the transport of goods between the city of Urawa and Edo (present-day Tokyo). It has been listed as a historical monument and is a good example of the technical mastery of the time. Currently its surroundings are the Minuma Tsusenbori Park, a very popular place to walk. 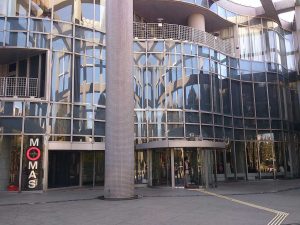 Located in the Kita-Urawa Park, this museum exhibits works by great Japanese and Western artists (Renoir, Rouault, Monet, Chagall and Picasso, among others).

The new city of Saitama aspires to become the most important administrative and cultural center of the 21st century. It is planned that in the coming years 18 national administrations will be transferred to a new urban center with futuristic architecture. Saitama Super Arena (a complex dedicated to music and sports) or Avenida de los Olmos, are already clear examples of the development around modernity and respect for the environment.

This museum exhibits the work of Kawanabe Kyosai, a famous Japanese painter, active between the late Edo period and the mid-Meiji era. 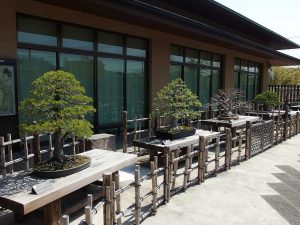 After the great Kanto earthquake in 1923, various bonsai makers settled in Omiya to form the bonsai city. There are currently 9 gardeners.

In the center of Saitama Prefecture, the city of Kawagoe flourished around its castle beginning in the 17th century. Thanks to significant conservation efforts and a historical classification, the magnificent merchant houses can still be admired along the main street. This special atmosphere was responsible for the city of Kawagoe being nicknamed “Ko-Edo” or “little Edo” (old name for Tokyo).
Those with a sweet tooth won’t miss Kashiya-yokocho, Candy Street, a cobbled street lined with sweet shops.

Saitama
Open Chat
Powered by
Hi, talk with us