Nagoya, Japan’s fourth largest city and the capital of Aichi Prefecture, is located in the heart of central Japan, one of the country’s main economic and industrial zones. The city was developed in the 16th century by Ieyasu Tokugawa, founder […]

Nagoya, Japan’s fourth largest city and the capital of Aichi Prefecture, is located in the heart of central Japan, one of the country’s main economic and industrial zones. The city was developed in the 16th century by Ieyasu Tokugawa, founder of the Tokugawa shogun dynasty, around the castle that served as a fortified residence for his son, whose descendants continued to live there until the Meiji Restoration in 1868. Nagoya is also the cradle of important figures in Japanese history, such as Nobunaga Oda or Hideyoshi Toyotomi, who directly preceded Ieyasu Tokugawa in the unification of the country. Today the city, enriched by its past and the testimonies it has left, is the symbol of the economic dynamism of the country, with its industrial museums, its shopping centers or its gigantic station nicknamed Mei-eki by all the inhabitants. 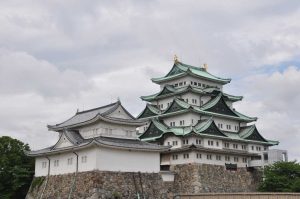 This castle is a beautiful example of the architecture of the first castles of the Modern Age (15th century). Destroyed during World War II, it was rebuilt in its original form in 1959. Its most representative element is the tower, which is 48 meters high and seven stories high and is topped by a pair of kinsachis (mythological animal with the head of a tiger and carp or dolphin body) gilded with fine gold. The interior of the tower is now a museum displaying the treasures that were saved from the fire during the war and the top floor serves as a viewing platform. The museum houses 1,047 ceiling paintings and fusuma-e (paintings on sliding doors), all classified as Cultural Property. They were originally in one of the local lord’s houses that was located in the vicinity but he was able to escape the disaster.

From the observation deck installed on this 180-meter metal tower, you can enjoy a magnificent panoramic view of the Japanese Alps in the north and Ise Bay in the south. A large park is spread out at its feet, one of the most appreciated walks by the inhabitants of Nagoya. 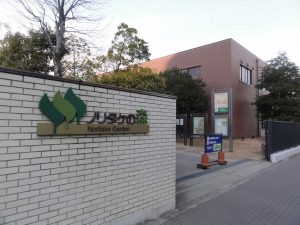 Built in 1935 on the site of a Tokugawa house, the museum houses around 10,000 documents written by former emperors, armor, helmets, sabers, rare and precious objects, writings and paintings of famous people, etc. But the centerpiece of this museum is a series of 43 paintings from the Genji Monogatari Emaki (Painted Scrolls of the History of Genji) classified as a National Treasure. Dated to the early 12th century, they are too fragile to be exhibited permanently, although the high-quality reproductions and videos give us a good idea, and temporary exhibitions of the originals are also organized. 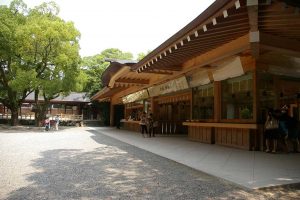 Founded in the 2nd century and rebuilt in 1935, it is one of the most important in Japan, as it houses the Kusanagi-no-Mitsurugi, a legendary sword (literally, “lawnmower sword”), one of the three imperial insignia together to the Yata-no-Kagami mirror, preserved in the Ise shrine, and to the Yasakani-no-Magatama jewel, preserved in the Imperial Palace in Tokyo. These objects symbolize the sacredness of the imperial function and can only be seen by the emperor and some priests. For this reason they are not exposed and no photographic or other reproduction is available. But in the Treasury of the sanctuary there are many other objects of value.

This temple is recent since it was built in 1904, although it houses a bronze statue with the ashes of Buddha offered by the King of Siam. Furthermore, being situated on the flanks of Kakuozan Hill, it is also known for the views it offers of the city and its surroundings.

This museum is affiliated with the Boston Museums of Fine Arts, displaying collections and events, and offers Japanese audiences exhibitions of European and American artists as well as Japanese art.

Shibori is an ancient reserve dyeing technique that is still very popular in Japan today. The exhibits show the different techniques and their history, as well as dyed fabrics and kimonos. In addition, demonstrations and workshops are organized.