With 193,000 inhabitants, Kushiro is the main city in eastern Hokkaido. It is known for deep sea fishing, as well as being often covered in fog. It is a starting point for tourists visiting this region bound for Shiretoko and […]

With 193,000 inhabitants, Kushiro is the main city in eastern Hokkaido. It is known for deep sea fishing, as well as being often covered in fog. It is a starting point for tourists visiting this region bound for Shiretoko and Akan National Park. But the city and the region deserve to be rediscovered. 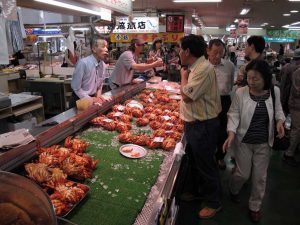 This large market is located in front of the Kushiro station. More than 60 merchants sell fresh fish and shellfish here, such as scallops (Scomberesox saurus), Chinese crabs (Eriocheir sinensis), salmon, shishamo (a type of smelt), scallops or edible seaweed. 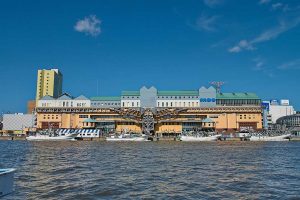 Near the Nusamai Bridge stands this multifunctional complex where anyone can find where to eat, drink, shop or have fun. Inside there is also a covered botanical garden called ECG. 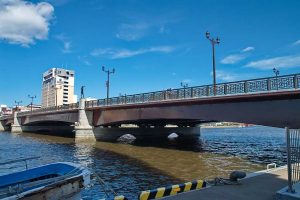 The symbol of the city rises above the Kushiro River. The four bronze statues representing the four seasons were sculpted by renowned Japanese artists. 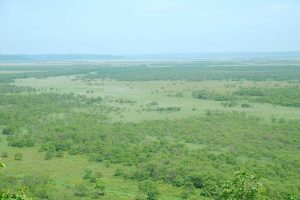 Opened in 1987, making it the most recent in Japan, this national park created on the country’s largest swamp stretches 10 kilometers from east to west and 35 kilometers from north to south. It is a natural paradise that is home to more than 2,000 species of plants and animals. The park has several observatories, but the most famous is Hosooka: on clear days you can see Shari Peak at the northern end of the swamp and the Akan mountain range to the northwest. 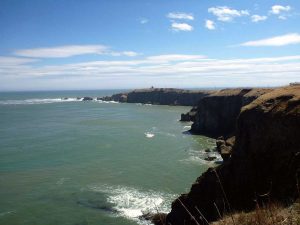 Officially called Cape Tofutsu, it houses at one end a lighthouse from where you can see the Ainu-Kubiiwa rock and from where you have a magnificent view over the Pacific Ocean.

Starting from this farm-ranch you can go horseback riding or hiking to enjoy the splendor of the nature of the Kushiro Shitugen swamp.

From there you can see the islands of Daikokujima and Kojima, famous for their wild seals. The “bell of love”, at the end of the cape, is very popular with young couples.

The long Nemuro Peninsula marks the boundary between the Pacific Ocean and the Sea of ​​Okhotsk. Right in front of the tip, Cape Nosappu, is the Kuril archipelago. Nemuro, a small provincial town of 31,000 inhabitants, is the easternmost city in Japan. But the attraction of Nemuro is the nature that surrounds it: the lush forests, lakes, marshes and swamps, and the beautiful coastal scenery.

Kushiro
Open Chat
Powered by
Hi, talk with us