Located in the delta of the Kagami River (the Mirror River, named for the purity of the water), the city of Kochi, capital of the prefecture of the same name, is dominated by its 17th century castle. It is famous […]

Located in the delta of the Kagami River (the Mirror River, named for the purity of the water), the city of Kochi, capital of the prefecture of the same name, is dominated by its 17th century castle. It is famous among gourmets for its specialties of bonito, fish in the high seas, among which the katsuoboshi, a dry bonito widely used in Japanese cuisine, stands out. It is also famous for its tropical festival, Yasakoi-Matsuri. Between August 9 and 12, 20,000 colorfully dressed dancers invade the city in yukata with their lively traditional dances. 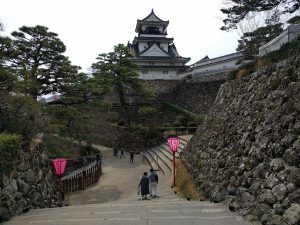 Built in the 17th century, later destroyed and rebuilt in the 18th century, Kochi Castle is the symbol of the city and a witness to its historical past. The keep, the gates and the warehouses have been classified as important cultural assets. 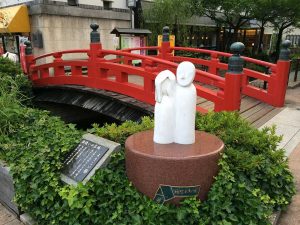 The townspeople attach special importance to the red lacquered bridge where a tragic love story between a monk and a woman took place.

In addition to its rich collections of works by Marc Chagall and other Japanese and foreign artists, this museum, located at the confluence of two rivers that run through the city, is particularly interesting for its architecture, which integrates water as one more element. 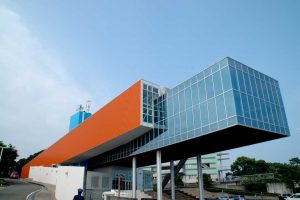 Born in 1835, Sakamoto Ryoma was an important figure in the Meiji Restoration and modernization of Japan. In Kochi, his hometown, there is a museum dedicated to him that reconstructs his life and the history of his time in a building with amazing architecture overlooking the Pacific Ocean. Also, you can visit the house where he was born.

This magnificent beach is unique, as it has 5 types of sand of different colors. Bordered by pine trees and rocks sculpted by the elements, it is a popular place to walk, especially to admire the moon in autumn.

40 minutes by bus from Kochi Station.

With a length of 4 km, Ryugado is one of the three largest limestone caves in Japan. It has impressive stalactites and utensils were also found inside, proof that it was a prehistoric refuge (Yayoi period), some of which are today imprisoned in the rock. These remains are exhibited in the adjacent museum. 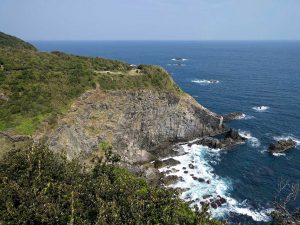 At the southern tip of Shikoku Island, in the Ashizuri-Uwakai Natural Park, this cape offers beautiful views of the Pacific Ocean, in an environment with rich subtropical vegetation. A hiking route and observation points were prepared.

Erosion from the wind and the sea carved the rocks off the coast of Tatsukushi, giving them the shape of huge veins sinking into the sea. 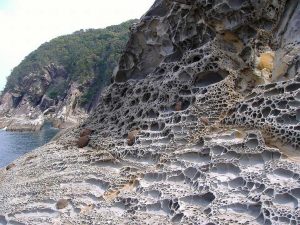 Literally “invisible beach”, this beach surrounded by reefs, as in Tatsukushi, was named for its extremely difficult access. Today, it is possible to go admire this exceptional landscape on a boat that departs from Tatsukushi.