Capital of Hyogo Prefecture and a major international port, Kobe is also known for the legendary Kobe ox, highly prized by gourmets, or for the pearl trade. But, near this great commercial city, we find magnificent natural landscapes, starting with […]

Capital of Hyogo Prefecture and a major international port, Kobe is also known for the legendary Kobe ox, highly prized by gourmets, or for the pearl trade. But, near this great commercial city, we find magnificent natural landscapes, starting with Mount Rokko, whose mineral water is famous throughout Japan. 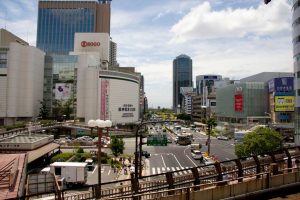 On the eastern bank of the Ikuta River, we find the Sannomiya district, the true center of the city, a paradise for shopping and going out. There are large shopping centers and numerous restaurants. It is also a nerve center for urban transport. 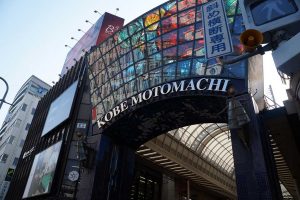 Motomachi is another very lively district, where you can enjoy shopping and the pleasures of the table. The streets of Nanakin-machi are the great Chinatown of Kansai and during the Chinese New Year celebration it is very lively. 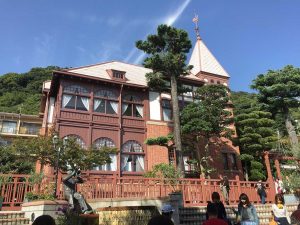 In the hills north of Sannomiya, facing the sea, many foreigners settled in the late 19th and early 20th centuries and reproduced Western constructions there. Many of these buildings are open to the public in the form of museums or house cafes. Some of these buildings are classified as Important Cultural Property. 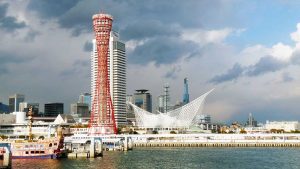 The port of Kobe is the second largest commercial port in Japan. It is also a very popular promenade, it has the Meriken Park, with cruises around the bay and the Port Tower, which offers, thanks to its 108 meters high, beautiful panoramic views of the city. 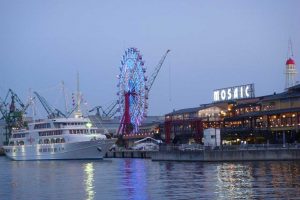 Located on the edge of the sea, this area has been enabled as a recreation area, has numerous shops and restaurants. Here is Mosaic, a leisure and shopping complex, which has a Ferris wheel from which you get a magnificent view of the harbor and the ocean. 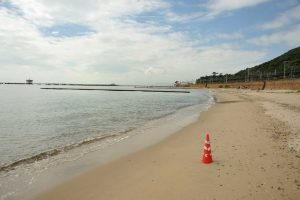 Among the attractions of Suma are its beautiful white sand beach surrounded by pine trees and its marine theme park, one of the largest aquariums in Japan. 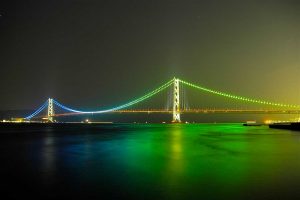 The Akashi Kaikyo Bridge, the longest suspension bridge in the world, with a length of 3,911.1 meters and a maximum span of 1,991 meters, connects the Maiko district with the island of Awaji-shima. The view of this bridge is especially interesting at night because of its lighting, which changes. You can also visit the observation deck under the bridge. At 47 meters from the ground and with a length of 150 meters, it offers a breathtaking view. 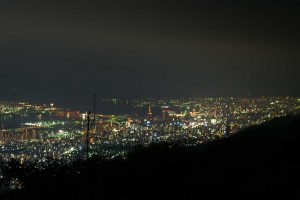 Mount Rokko dominates the city of Kobe and is the highest point of the mountain range that bears the same name. It is part of the Seto-nai-kai National Park and is a starting point for hiking. But, it is especially known for the magnificent view of the city of Kobe that is had from the top, this view is considered one of the best night views in the world. 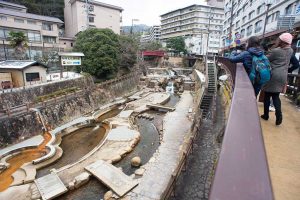 On the other side of Mount Rokko is the oldest spa in Japan. Its hot springs, rich in iron and salt (more than twice the salinity of the sea) are appreciated and used to treat digestive problems, female problems, neuralgia or rheumatism. Its sources, which also contain radium and carbonate, are effective against gastric problems and against skin diseases. 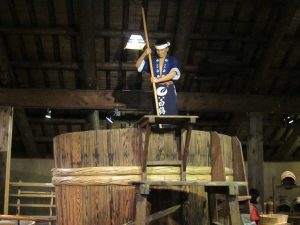 Since the 18th century, many sake distilleries settled in an artery called Sakagura-no-michi (literally, the street of sake distilleries), attracted by miya-mizu, a water of excellent quality, by the production of a high quality rice and its proximity to maritime transport. Most distilleries have their own sake museum and organize tours and tastings.

Jun’ichiro Tanizaki, one of the most important Japanese writers (and so far the only one published by the Pléiade), author of Suástica, The Diary of a Mad Old Man, The Praise of the Shadow, lived in this house from 1936 to 1943 His house, converted into a museum, reproduces the environment in which the writer lived and presents his work.

Kobe
Open Chat
Powered by
Hi, talk with us