The city of Kagoshima, with a population of 604,200 (figures for August 2007), is the capital of Kagoshima Prefecture and the industrial, economic, cultural and communications center of the southern island of Kyushu. It is an old walled city, it […]

The city of Kagoshima, with a population of 604,200 (figures for August 2007), is the capital of Kagoshima Prefecture and the industrial, economic, cultural and communications center of the southern island of Kyushu. It is an old walled city, it is often called the “Naples of the East” because of the sun that bathes the city, for its blue sky and for the beauty of the ocean. The city is closely associated with the name of Takamori Saigo (1827-1877), who played a leading role in the birth of modern Japan. Kagoshima is the hometown of this brave and powerful hero and has numerous monuments and historical places that link him to the city. 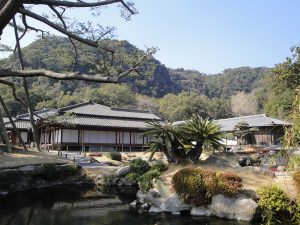 Sengakuen is one of the best examples of a Japanese garden, it was built in 1658 as the villa of the then reigning feudal lord. You will enjoy a magnificent view of the garden and in the background, Kinko Bay and Sakurajima. 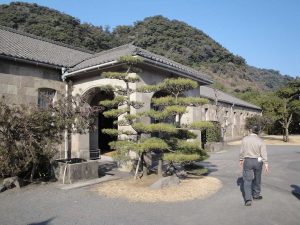 Shoko Shuiseikan is located within Sengakuen Garden. It houses a museum where coins and historical documents that take a journey through the 700-year reign of the Shimizu feudal lords are exhibited.

Shiroyama Natural Forest is located on the side of a hill. To access the observatory, from where you have the most beautiful view of the city and Sakurajima, you can take a water trail. Shiroyama was the scene of the final battle of the Kagoshima rebellion. And it was precisely here that Takamori Saigo committed suicide with his comrades in arms.

Reimeikan (Kagoshima Prefectural Museum of History) is a museum that takes a tour of the history and culture of Kagoshima. An audiovisual device with multiple screens is one of the strengths of this museum. 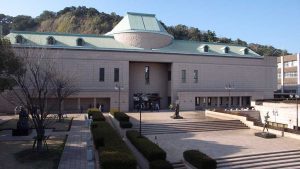 It is a one-of-a-kind museum with a large collection of traditional Japanese painters born in Kagoshima prefecture and local handicrafts such as Satsuma-yaki pottery, ancient tools and traditional utensils.

Sakurajima is a volcano with constant smoke activity (erupting). It is the symbol of Kagoshima. Sakurajima, which was once an island, became a peninsula after the 1914 eruption. Lava flowing from the crater filled the strait (400 to 500 meters long) that separated it from the Osumi Peninsula.

The St. Francis Xavier Memorial Park and Church were built in 1949 to celebrate the 400th anniversary of St. Francis Xavier’s arrival in Kagoshima in 1549. He was the first missionary to introduce Christianity to Japan. 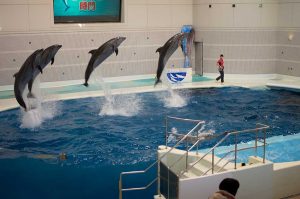 It is one of the largest aquariums in Japan. It is a themed aquarium dedicated to the “world of the south seas and marine life”, starting from Kinko Bay. Visitors can observe dolphins and sea otters.

The museum is located in Kajiya-machi, a neighborhood where Takamori Saigo and his companions spent their childhood. Visitors can learn about the Meiji Restoration, a period of historical change, thanks to presentations that use the most advanced technologies.

Minato Odori Park is a green park that runs from the town hall to the seaside. Endowed with many stone monuments and fountains, it is very popular with the inhabitants of the city, as they consider it a green oasis in the middle of the city.

It is a promenade that stretches along Kita Wharf, the Kagoshima harbor area. Why not spend a nice afternoon strolling along the beach, watching the sea and the ferries heading to Sakurajima?

Kagoshima
Open Chat
Powered by
Hi, talk with us