Hikone is the largest city on the shores of Lake Biwa and is home to one of the most beautiful castles in all of Japan. What to see Hikone Castle Nakaotsu II began the construction of this castle in 1603 […]

Hikone is the largest city on the shores of Lake Biwa and is home to one of the most beautiful castles in all of Japan. 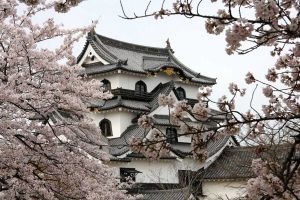 Nakaotsu II began the construction of this castle in 1603 which was completed in 1622. Dominating Konkizan Hill and surrounded by forest, Hikone Castle is considered one of the most beautiful in Japan along with Himeji Castle. Its location offers a magnificent view of Lake Biwa from the third floor of the keep.

From the Kyobashi Bridge (which crosses the outer moat) to the castle, a route extends for 350 m. The artisan shops, tea houses, restaurants and other establishments as well as the houses that surround it have been built using white, black, brown and gray tones creating an environment that closely resembles that of the houses of the merchants of the Edo period ( 17th to 19th centuries). This tour is one of the attractions of the city of Hikone most appreciated by tourists. 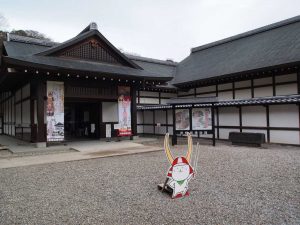 Located near the main gate of the castle, the museum exhibits the treasures of the II family: armor, swords, calligraphies, costumes from the nô theater, ceramic pieces … You can also admire the Hikone Byobu in one of its rooms, a screen decorated by a member of the Kano school.

This temple of the ‘Zen Rinzai’ school was founded in 1617 by Naotaka Ii and inside it houses a dry garden of white sand decorated with 48 rocks. 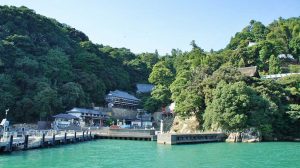 This small island with a circumference of 2 km (0.14 km²) is home to the Tsukubusuma Shrine and the Hogonji Temple. The latter houses a statue called Chikubushima Kannon and constitutes the thirtieth temple of the pilgrimage of temples dedicated to Bodhisattva Kannon.

Hikone
Open Chat
Powered by
Hi, talk with us