The city of Hamamatsu was once a manor village organized around a castle as well as a thriving city of passage for travelers. Located halfway between Tokyo and Osaka, it is today a city with a certain reputation located in […]

The city of Hamamatsu was once a manor village organized around a castle as well as a thriving city of passage for travelers. Located halfway between Tokyo and Osaka, it is today a city with a certain reputation located in the center of the Honshu region. To the north of it there is a large lake, Lake Hamana-ko, and a little further away are green mountains crossed by several rivers. To the south, the Pacific Ocean and the Enshu-nada Sea where the famous Nakatajima Sakyu sand dunes are located.
Hamamatsu is nicknamed the “city of music” due to its long tradition of making musical instruments. At the time, it even had a monopoly on the manufacture of pianos in Japan. This reputation is now reflected in its concert halls and in its Music Museum.
It should be noted that it is also an industrial city, the cradle of large manufacturers such as Suzuki or Honda. If you travel to this city, don’t leave without trying the local culinary specialty: eel, a species that has been raised in Hamamatsu for more than 100 years. 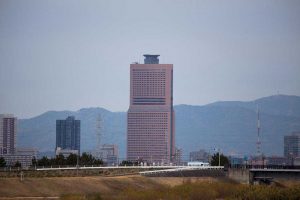 In this building that has become the symbol of Hamamatsu, visitors can enjoy a spectacular view over the city from the observation deck located on the 45th floor, 185 m above the ground.

In this museum, both traditional Japanese musical instruments (various types of koto and shakuhachi) and instruments from the rest of the world are exhibited, some of them of great value such as certain European pianos from the 19th century. 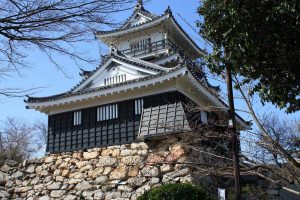 The park is known for its cherry blossoms. Hamatsu Castle, in which Tokugawa Ieyasu spent his childhood, has been restored in one of the corners of the park. 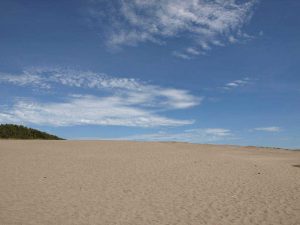 These immense white sand dunes stretch for 4 km from east to west and 600 m from north to south. The sunsets here offer a particularly romantic atmosphere. During the summer, sea turtles (specifically loggerhead turtles) flock to these shores to lay their eggs. This is also where the great Takoage-Gassen Kite Festival takes place in spring.