Built in the delta of the Abu-gawa River, Hagi is a small town surrounded on one side by the sea and on three other sides by mountains. At the end of the 17th century, a castle was built there and […]

Built in the delta of the Abu-gawa River, Hagi is a small town surrounded on one side by the sea and on three other sides by mountains. At the end of the 17th century, a castle was built there and the city became the capital of the prefecture for two centuries, being the cradle of important actors in the Meiji Revolution. This storied past, together with the well-preserved condition of several old houses, makes Hagi often be compared to an open-air museum. But the fame of the city throughout Japan and around the world is mainly due to its ceramics, the pink-orange color and its typical crude forms. Hagi is also appreciated in summer as a spa town thanks to its long sandy beaches.

The fruit of donations, this museum is centered around two themes: a collection of 4,800 ukiyoes, with 100 views of Mount Fuji and other works by Hokusai, and a collection of 15th-century Korean and Chinese pottery.

This museum displays objects that belonged to the wealthy Kumaya family, including more than 300 ink paintings, 500 tea ceremony objects or 1,500 literary works. It is located in the home of the Kumaya family, classified as Important Cultural Heritage.

In the Tamachi shopping center there is a museum that houses a unique collection of ancient chawan or tea bowls.

Horiuchi and the suburbs of Hagi Castle 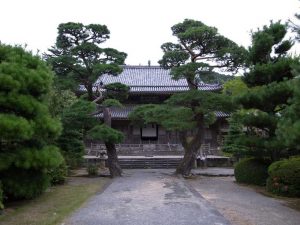 This temple is dedicated to the Mouri clan, who ruled Hagi for 260 years in the Edo period. The Soumon gate, the Sanmon gate, the bell tower and the Daiohoden have been declared Important Cultural Heritage. 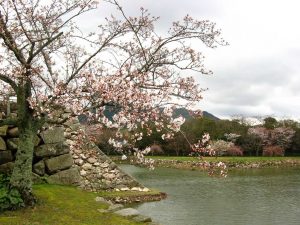 In what is now Shizuki Park, Hagi Castle was built, of which today only stone walls of the wall and interior moats remain. A walk takes 20 minutes to the top of Shizuki Hill, 143 meters high.

The local history museum is located near Shizuki Park. 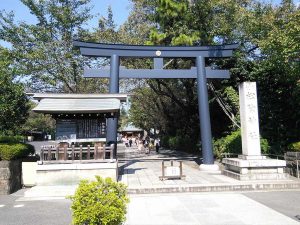 This shrine is dedicated to the memory of Shoin Yoshida (1830-1859), a famous intellectual from the city who influenced many revolutionaries who played an important role in the Meiji Restoration. Nearby, you can visit Shoka Sonjuku, a private school founded by him.

In this small river, or rather in this channel, multicolored carp frolic. On its banks old houses rise, constituting a very relaxing place to walk.

In the surroundings of Shizuki Park, there are several pottery workshops, and most are open to visitors.