Proud of its 2,000-year history, the city of Fukuoka has always been a gateway to Asia. Located opposite Korea and China, it is through here that continental culture entered the archipelago. Today, this modern city is the eighth city in […]

Proud of its 2,000-year history, the city of Fukuoka has always been a gateway to Asia. Located opposite Korea and China, it is through here that continental culture entered the archipelago. Today, this modern city is the eighth city in Japan, but it has managed to preserve its cultural and historical heritage, sharing space with the administrative and economic centers. Previously, there were two cities, Fukuoka, the manor village, and Hakata, the commercial city. The two joined in 1889, but is still often called Hakata today. Nearby we can find mountains, onsen (spas), beautiful sea coasts and numerous parks. Fukuoka combines the dynamics of a big city with a culture and environment that allows visitors to relax. It regularly appears in the top positions of the Asian cities with the best quality of life.

Tenjin is the great shopping and business center of Fukuoka. But in addition to the shops and department stores, there you can also discover ancient sanctuaries. Tenjin Chikagai is an underground shopping center known for its fashion stores and for being a meeting place for young people. To the west of this neighborhood is the ACROS Fukuoka, a tourist and cultural information center, crowned with a terraced garden leading to the nearby Tenjin Central Park. 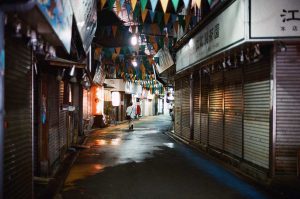 The best known market in the city is famous for the many varieties of fresh fish.

Opened in 1996, this city is the first city of its kind in Japan. Around a 180-meter canal are the Fukuoka Municipal Theater, a 13-screen multiplex cinema, a futuristic amusement park, hotels, hundreds of shops, and everyday street attractions. 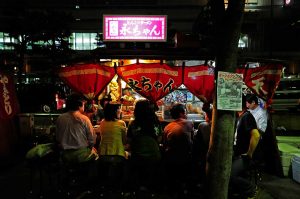 The Nakasu and Tenjin wards comprise the majority of the 230 yatai registered in Fukuoka. Yatai are wagons that go out in the late afternoon and early evening and offer simple dishes to eat on the street, such as Hakata ramen (Chinese noodle soup with pork) or oden (vegetables and fish cakes cooked in broth). 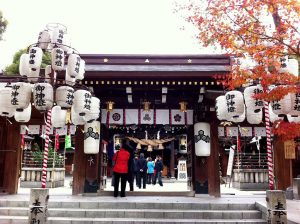 Fukuoka’s oldest Shinto shrine was created in 757, but the current buildings date back to 1587. It is the starting point for the Yamakasa festival, whose vessels are on permanent display. 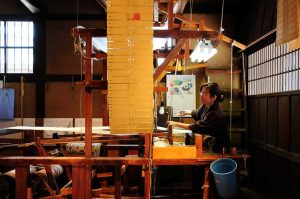 Located opposite the Kushida Shrine, this museum displays the life of the Hakatans during the Meiji and Taisho periods (1868-1926), as well as a representation of the Yamakasa festival.

This shrine, dedicated to the protective deity of sailors, is one of the oldest in Kyushu. The current buildings, dating from 1623, are typical of the architect Sumiyashi zukuri. 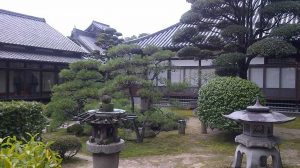 After four years in China, Monk Eisai returned to Japan and built the country’s first Zen Buddhist temple. Eisai is also known for having introduced tea to the archipelago; the first tea plants were cultivated in this temple.

Although its structure is modern, the temple was established here a long time ago. It is famous for a 10.8 meter tall wooden Buddha statue, the largest in Japan, completed in 1995. 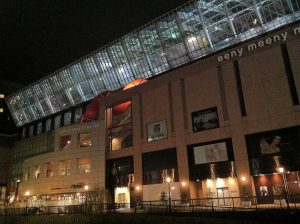 This new shopping center is home to the Fukuoka Asian Art Museum on the 7th floor, which houses a collection of contemporary Asian art. In the 2nd basement, you will find Nigiwai Square, where there are local crafts and free Internet access.

This beachfront complex of shops and restaurants is one of the most popular spots in Fukuoka. Inside, there is a large aquarium on a column, while outside, large wooden pontoons allow you to walk to the sea shore. It is also the starting point for Hakata Bay cruises and ferries to nearby islands. 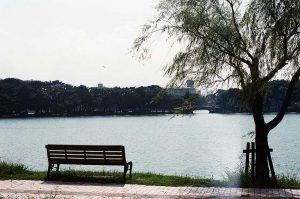 Parts of the old castle moats have been transformed into a large pond. In the park, there are also the Fukuoka Museum of Fine Arts and a Japanese garden. To the east, it borders Maizaru Park, where the ruins of Fukuoka Castle rise.

Located on a hill south of the city, this park is home to the Fukuoka Zoo and Botanical Garden.

In this former villa of a feudal lord, a traditional Japanese garden was created.

In this land reclaimed from the sea, Fukuoka offers its most modern face, hosting a large number of cultural and commercial centers. The 123-meter-high Fukuoka Tower is an excellent observatory in the city. To the north of this area, near the beaches, is the Marizon Pier, from which you can take a boat to cross Hakata Bay to the Uminonakamichi Seaside Park. To the south, we find the Fukuoka Municipal Museum, whose central theme is the role of the city as a center for trade with East Asia. Lastly, to the east, are Hawks Town and Fukuoka Yahoo! Japan Dome, Japan’s first retractable dome stadium and home to the Fukuoka Softbank Hawks baseball team. A walk goes around the stadium, on the 3rd floor.

A 15-minute walk from Tojinmachi, Nishijin, or Fujisaki Stations

The current buildings of this sanctuary, founded in 923, date from the middle of the 16th century and the end of the 17th century. Every year, from September 12 to 18, the great Hojoya festival is held there. In the central avenue leading to the shrine, you will find the Hakozaki Shrine Flower Garden, famous for its peonies, but home to all kinds of flowers during all seasons.