Inawashiro Station is the gateway to Bandai Asahi National Park, a tourist destination in all seasons. On good weather days you can sail on Lake Inawashiro, bathe or windsurf, or enjoy hiking or cycling tours in the Ura-Bandai region, north […]

Inawashiro Station is the gateway to Bandai Asahi National Park, a tourist destination in all seasons. On good weather days you can sail on Lake Inawashiro, bathe or windsurf, or enjoy hiking or cycling tours in the Ura-Bandai region, north of Mount Bandai, with the magnificent spectacle of a hundred lakes and swamps. In winter, the region’s ski slopes are open, especially those on the slopes of Mount Bandai. Snowshoeing or cross-country skiing is multiplying and you can warm up in the many onsen of this volcanic region.

This great lake is also called Lake Tenkyo or Lake of the Mirror of Paradise because of the magnificent spectacle offered by Mount Bandai reflected on its surface. It is also a popular tourist destination in summer, with its many beaches, you can walk around the lake or admire the wild swans that make the lake a place of passage on their migration. Both nautical and winter sports are practiced (Inawashiro hosted the World Acrobatic Ski Championships in March 2009). Cruises depart from Nagahama on the northwest coast for a pleasant excursion. 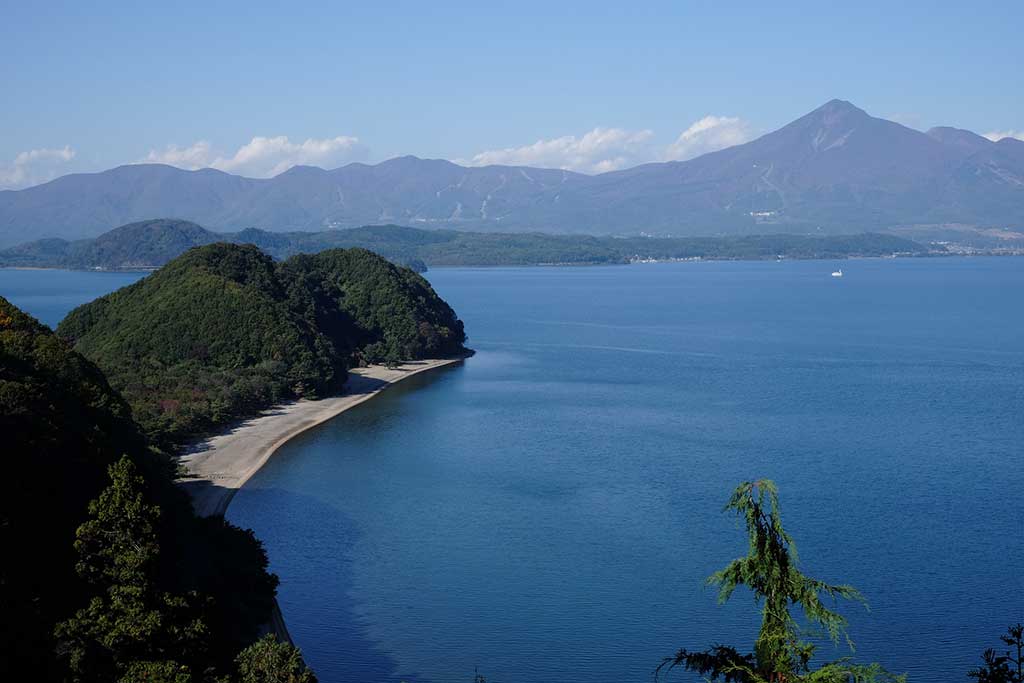 Dr. Hideyo Noguchi achieved international recognition for his work on yellow fever in Africa and for discovering the pathogen of syphilis in 1911. He is depicted on today’s 1,000 yen banknotes. Near his birthplace, this funerary monument displays objects that belonged to him.

Next to the house of Dr. Noguchi, the museum exhibits objects of daily life found in the ancient estates of the region.

The villa, which belonged to the imperial family, was built in the style of Renaissance Europe.

Crystal house of the world

More than 25,000 works of glass art are exhibited here from all over the world, such as glass from Bohemia or glass from Venice. Visitors can try their hand at glassmaking in the museum’s glassware studio. Adjoining store.

The largest lake in the Ura-Bandai region is very picturesque, with its rugged shores and many islets. A tourist route goes around the lake. On its shores there are numerous campsites and bungalows. Tourist cruises are organized, and the more sporty can rent bicycles (except in winter).

Goshikinuma literally means “the five-colored swamp.” This region owes its name to its swamps dyed in subtle colors all different. In an hour walking you can turn around.

Mount Bandai
Open Chat
Powered by
Hi, talk with us