With its 393 km2, Awaji Island is the largest in the Inland Sea. Triangular and with little relief, it was dedicated largely to agriculture. The Honshu and Shikoku islands are linked by two large suspension bridges. One of them is […]

With its 393 km2, Awaji Island is the largest in the Inland Sea. Triangular and with little relief, it was dedicated largely to agriculture. The Honshu and Shikoku islands are linked by two large suspension bridges. One of them is the Onaruto Bridge, which crosses the Naruto Strait between the south of the island and Naruto, in Tokushima Prefecture. The other is the Akashi-Kaikyo Bridge suspended over the Akashi Strait, which links the north of the island with the city of Kobe. This is the longest suspension bridge in the world with a main span of 1,991 meters. The island depends on the Hyogo Prefecture. The main city is Sumoto.

The movements of the tides between the Inland Sea and the Pacific Ocean are the cause of the impressive eddies in the strait. It is possible to get closer to them thanks to the mini cruises organized on the Kanrin-maru ship. But they can also be seen from the port of Fukura. The best time is 1 hour before or after the beginning of the tide, which takes place four times a day. 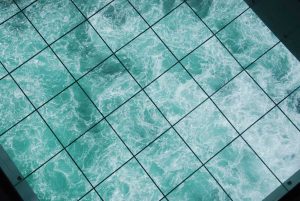 On the opposite shore, in the city of Naruto, Tokushima Prefecture has set up a “whirlpool road”. It is a walk under the Onaruto bridge with part of the glazed floor, which allows you to see the eddies 450 meters below.

The Uzushio Science Museum allows the visitor to understand the eddies of Naruto through a 3D cinema and other presentations. The Awaji Ningyo-Joruri Theater presents 5 times a day traditional puppet shows, a theatrical form with more than 500 years of history. An introduction of 20 minutes before each performance allows to understand the structure and operation of the puppets.

On a 7 hectare slope, 5 million daffodils have grown naturally and since time immemorial. Its flowering occurs from December to the end of February and offers a charming setting thanks to its color and fragrance.

The island’s highest point, the summit of Mount Senzan can be reached in a short one-hour hike. From there we have a beautiful view of the Inland Sea archipelago and the mountains of Shikoku Island. The Senkoji Temple, which is located on the summit, is dedicated to Kannon, the bodhisattva of compassion represented with a thousand arms.

The west coast of the island is famous for its beautiful landscapes. Goshikihama, the 5-colored beach, stretches over 2 km of colored pebbles. Kei-no-Matsubara Beach is a large white sand beach surrounded by green pine trees and 2.5 kilometers long. 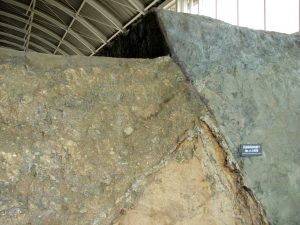 This fault was the seismic center of the great Hanshin earthquake that occurred in 1995. Part of it has remained intact, displaying the powerful forces of nature, in the museum for the preservation of the Nojima fault located in the Hokudancho memorial park of the earthquake . 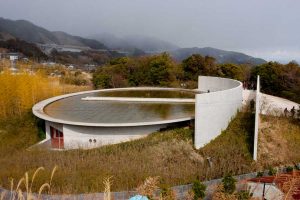 This ancient temple of the Shingon esoteric school dedicated to the Yakushi Buddha stands on a hill in front of Osaka Bay. The main building, called Mizumido or Temple of the Water, has been recently rebuilt and its architecture has been entrusted to Tadao Ando. The roof of the building is a pond where lotus flowers and water lilies grow. The interior is vermilion red, with natural light and due to its special design at sunset, the Buddha statue appears in a halo of light.