Just a few kilometers from the city of Nara, a walk through Asuka is like going back to the ancient times of Japanese history. It is here that Japanese culture developed between the 5th and 6th centuries. The Asuka period […]

Just a few kilometers from the city of Nara, a walk through Asuka is like going back to the ancient times of Japanese history. It is here that Japanese culture developed between the 5th and 6th centuries. The Asuka period (538-710), so named because the seat of imperial power was in what is now a rural town, was a decisive stage for the writing of codes, the introduction of Buddhism, the construction of artistic works and the beginnings of literature. This is the period when the country of Wa, turned into Japan, entered history.
Nowadays, it is very nice to rent a bicycle to get around the countryside visiting the different archaeological sites. 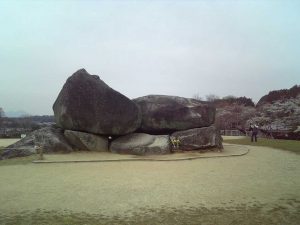 This tomb is made up of 30 giant stone blocks, and is the largest of the ancient Japanese tombs. It measures a total of more than 19 meters long, and its burial chamber is 7.7 meters high by 7.6 meters long and 3.9 meters wide.

The circular tomb, 18 meters in diameter and 5 meters high, is decorated with frescoes that represent characters, constellations, a blue dragon or a white tiger. For reasons of its fragility and conservation, it is not possible to visit the tomb, but the museum adjacent to the same shows high-quality reproductions and a detailed presentation of the time.

The Man’yo Shu is the first Japanese poetry anthology. Written in the 8th century, it contains 4,500 poems composed by both the emperor and by courtiers and soldiers. This cultural center features paintings related to these ancient poems and objects from this period, such as the oldest coins in Japan. 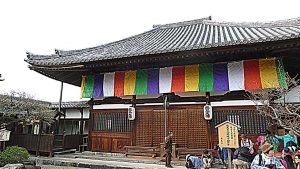 Founded in 596, this temple was three times larger than that of Horyuji. It houses the oldest Buddhist statue in Japan, a wooden statue of Yakushi Bodhisattva known as Asuka Daibutsu, the Great Buddha of Asuka.

Asuka’s paths are dotted with stone blocks carved in the shapes of turtles, monkeys, geometric figures, human figures, and legends found nowhere else in the country. Its origin and its function continue to be a source of debate among archaeologists and historians.

Asuka
Open Chat
Powered by
Hi, talk with us