Along the Kiso River

Near Nagoya, the Kiso, Nagaragawa and Ibi rivers, between Aichi, Mie and Gifu Prefectures, merge into the Kiso Three Rivers Park, thus reaffirming its natural beauty. Upstream of the river, the town of Inuyama is known for its beautiful castle […]

Near Nagoya, the Kiso, Nagaragawa and Ibi rivers, between Aichi, Mie and Gifu Prefectures, merge into the Kiso Three Rivers Park, thus reaffirming its natural beauty. Upstream of the river, the town of Inuyama is known for its beautiful castle and its many tourist attractions. 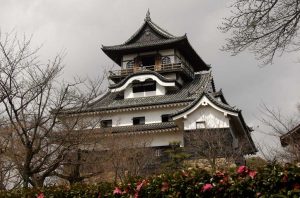 Built in 1537, Inuyama Castle is the oldest original fortress in Japan. Its four-story tower, listed as a National Treasure, is suspended over the Kiso River. It is a beautiful example of the architecture of ancient castles. An observation deck located on the top deck of the tower offers a beautiful view of the surrounding landscape. 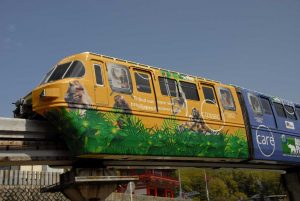 A botanical garden, a zoo and the Japanese Monkey Center, which studies primates from around the world, are spread over 50 hectares of hills, as well as an amusement park.

Cormorant Fishing in the Kiso River 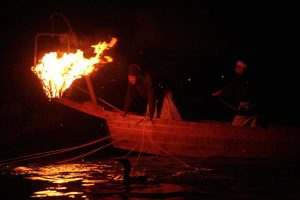 Exhibitions of this traditional method of fishing are organized in Inuyama, on the Kiso River. A fisherman wearing the traditional straw cloak controls 12 cormorants, to which he is attached by means of ropes. Their progress can be observed from a boat where a meal is served. The duration is around 2 hours.

Listed as a National Treasure, the Jo-an Teahouse was designed and built in 1618 by Urakusai Oda, a younger brother of the warlord Nobunaga Oda. A monk in Kyoto, Urakusai was a great tea master and founder of the Uraku-ryu school. A beautiful Japanese garden surrounds it. It is possible to attend a tea ceremony (consult). 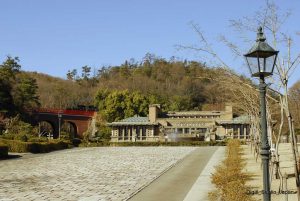 It is a truly special village-museum, inaugurated in 1965, which serves to preserve the buildings and monuments that date from the dawn of modern Japan. The village occupies 100 hectares of hills south of Lake Iruka. About 50 historic buildings were dismantled throughout Japan and rebuilt here. It includes the carriage of the Meiji Emperor, the residence of Tsugumichi Saigo, an important statesman of the time, the Church of San Juan or the old Imperial Hotel built by the famous American architect Frank Lloyd Wright in 1922. The Meiji era marks the resurgence of Japan from a long period of isolation and the beginning of its rapid advance towards modernization. 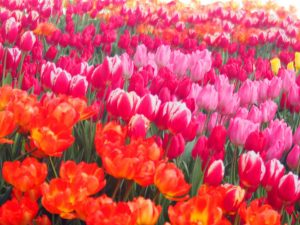 Along the Kiso River