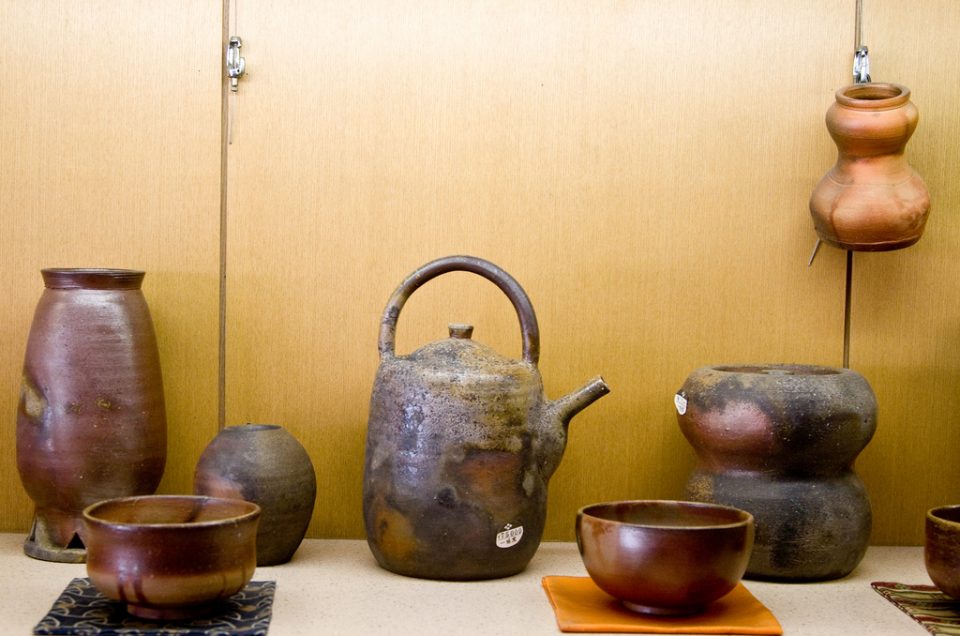 Okayama’s Bizen district is famous throughout Japan for its pottery.

Bizen ceramics are characterized by iron-like hardness, a reddish-brown color, and a general absence of enamel. However, perhaps the key feature of Bizen pottery is that it is fired in a wood-fired oven which results in the various brands of Bizen pottery. You will meet a Bizen pottery master, Kyo Isezaki, and you too will get a chance to get your hands dirty under his careful guidance.

Isezaki-san’s work is in the classical tradition of Bizen pottery and he does not try to express himself and his own interpretation too forcibly through the medium. Some say that Bizen pottery is beginning to lose its identity, as many new artists try to make their own under the Bizen name. The artistic theme here perhaps goes to the heart of the struggles of Japanese art forms, as some promote individual self-expression and others fight for the preservation of tradition.

Kyo Isezaki comes from a long line of potters: he is the fourth son of Mitsuru Isezaki, a prefectural intangible cultural asset, while his uncle is designated as a living national treasure for Bizen pottery. Kyo-san’s grandfather (Yozan Isezaki) was one of the key potters in reviving Bizen’s pottery. After your experience with ceramics, you will head to the Isezaki Family gallery to see works by the entire clan.