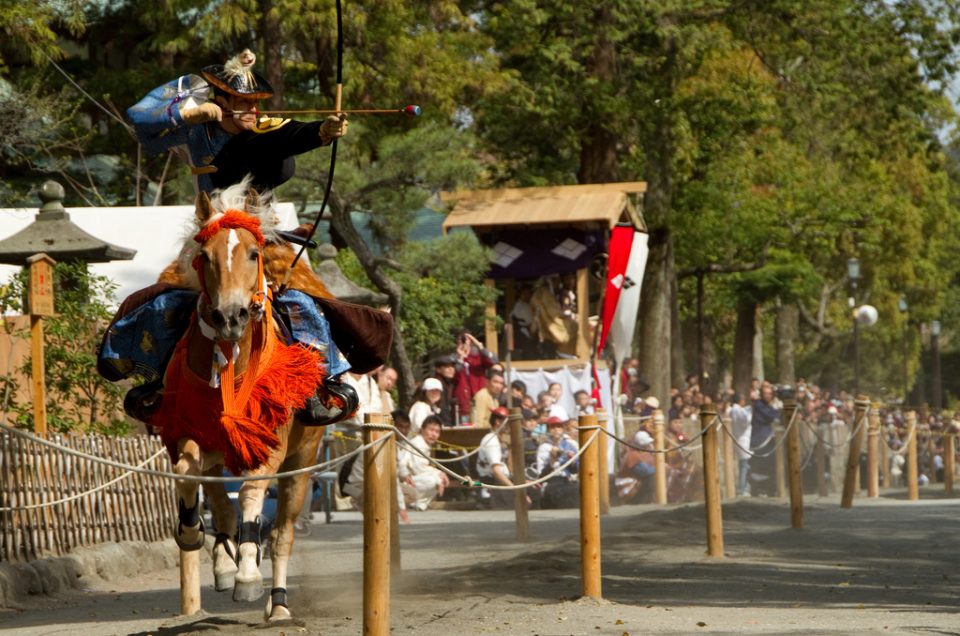 Witness the incredible martial art of horse archery while the spirit of the samurai lives on.

Yabusame is the ancient Japanese martial art of horse archery. Originally established in the 12th century in Japan during the Kamakura period, yabusame is a dramatic art originally developed as a way to entertain the Shinto gods and thus ensure their blessings and prosperity, as well as the exercise of military training. Punishments for those who performed poorly could be severe and extend to ritual suicide or seppuku.

Yabusame takes place on a 255 meter track. The archer gallops down the track controlling the horse with only his knees, while holding the bow in one hand and taking an arrow with the other to prepare to shoot the target. Three targets are placed at intervals along the court and as the archer raises his bow, he lets out a screech of “in-yo-in-yo”: darkness and light. Hitting all three targets is considered a great achievement and the best archer is always rewarded with a white flag, a symbol of favor from the gods.

When to go: The Kamakura festival is held every year on September 16. Please ask for details of other Yabusame events taking place in Japan.