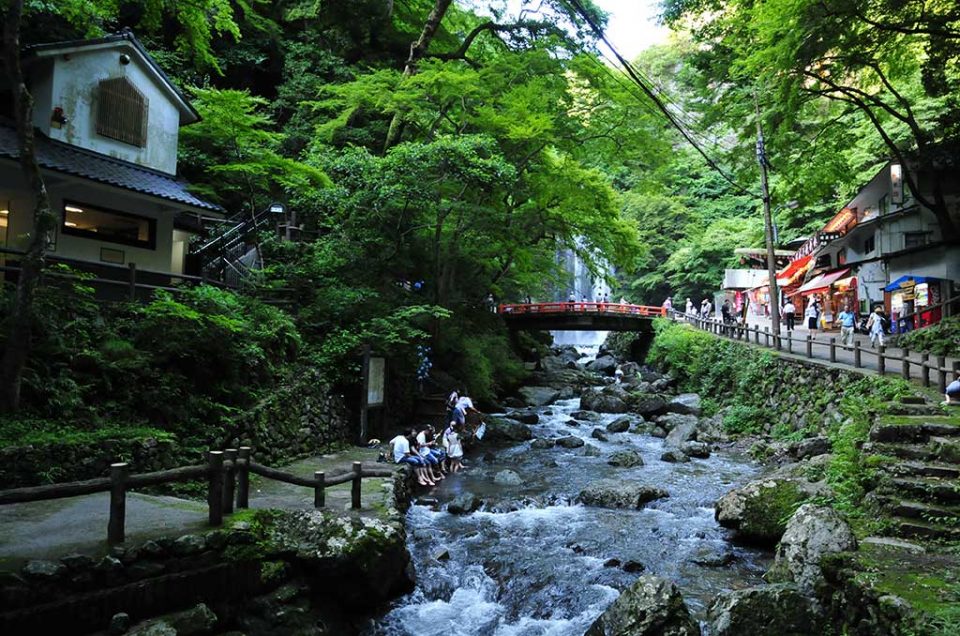 Occupying a peninsula south of Nagoya and east of Osaka, Ise-Shima National Park does not normally receive much attention from the international community. For Japan’s burgeoning domestic travel market, however, it is one of the top destinations in the country, hosting the Ise Grand Shrine, Japan’s holiest Shinto pilgrimage site. 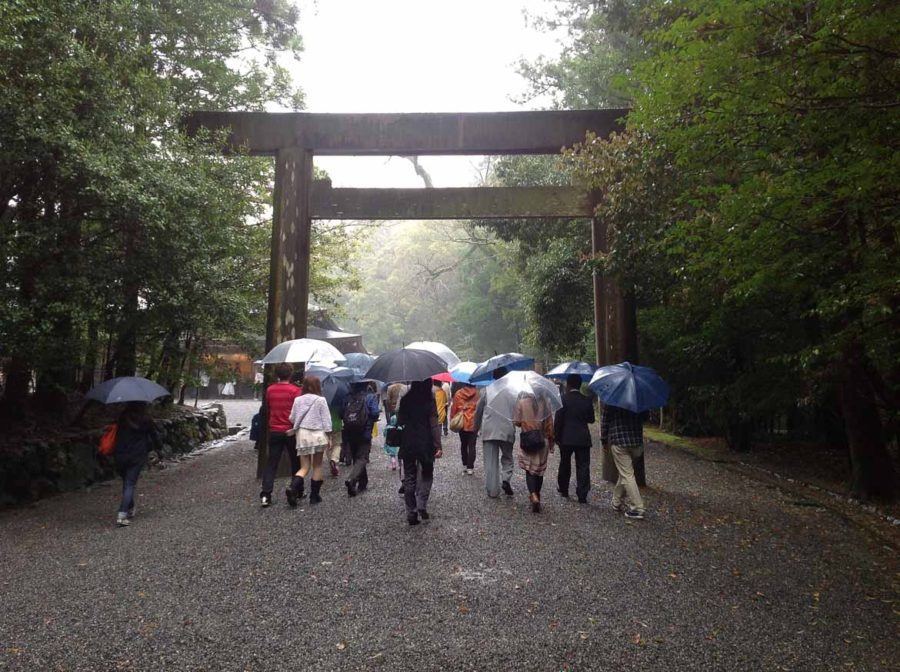 While a bunch of grumpy politicians bickering over economic policy probably won’t rack up the influx of visitors the Ise-Shima tourism board expects, there are plenty of other reasons to give this little pocket of Japan a spot on your itinerary. One of our tour guides, Takeshi Suzuki, recently visited the region and concluded that he was not surprised that the sun goddess Amaterasu chose Ise as her permanent home. Read on to find out why …

The soul of Japan

If you want to get closer to the heart and soul of Japan, Ise is a good place to start. The Japanese remain a highly spiritual and superstitious people, adhering to a syncretic mix of Buddhist and indigenous Shinto traditions. Although most people in Japan would not call themselves religious, almost everyone regularly visits shrines and temples to pay their respects, and the Ise Grand Shrine reportedly receives more than six million visitors a year, most of them pilgrims.

Legend has it that the Grand Sanctuary of Ise was established in 4 BC. C., founded by the divine princess Tamatohime-no-mikoto to honor the sun goddess Amaterasu. The first shrine building is believed to have been erected on the site in the 7th century AD, and the buildings have been ceremonially rebuilt every 20 years for the past 1,300 years, with the next reconstruction (the 63rd) taking place in 2033. The La Shrine rebuilding ceremony represents the Shinto belief in the renewal of nature and the impermanence of all things, and is an important way to preserve traditional building techniques from one destination to another.

Ise Shrine (officially known simply as Jingu, or ‘shrine’ in Japanese) is actually a complex consisting of over 120 shrines, the most important of which are the Inner Shrine (Naiku) and the Outer Shrine (Geku). The chief priest or priestess of the Ise Shrines must be a member of the Japanese royal family. Originally, the role had to be filled by a woman, but in the past several reigning emperors have also served as high priest. Today, there are two priestesses: the emperor’s sister, Atsuko Ikeda, and her daughter Sayako Kuroda. 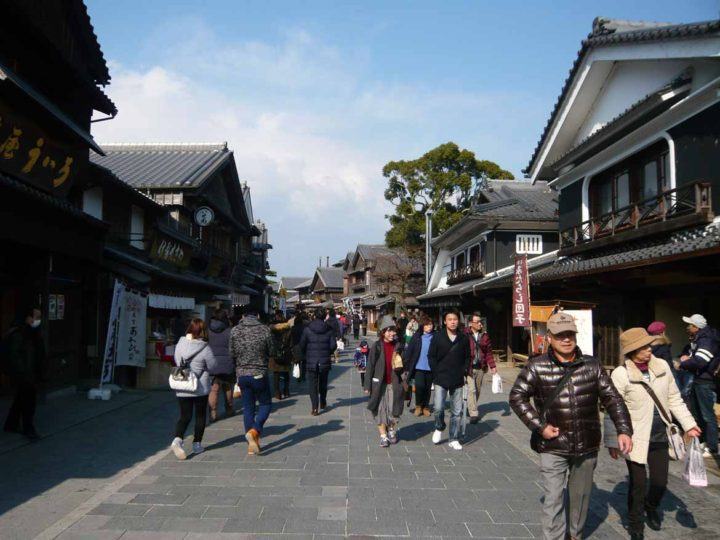 Traditional buildings line the approach to the inner sanctuary

Naiku and Geku are about four miles apart, separated by the inconspicuous town of Ise. Although visitors are not allowed inside the main shrines of any of the shrines (the most you will see are thatched roofs over a tall wooden fence), each shrine is located on extensive grounds filled with various shrine buildings that visitors are welcome. for a walk. At the inner sanctuary, you will pass a picturesque traditional street lined with restaurants, cafes and market stalls before crossing the Uji Bridge into the wooded compound. The outer sanctuary, which is located on the other side of town, has a similarly peaceful wooded setting, though the surrounding streets are quite charmless compared to the bustle around Naiku. 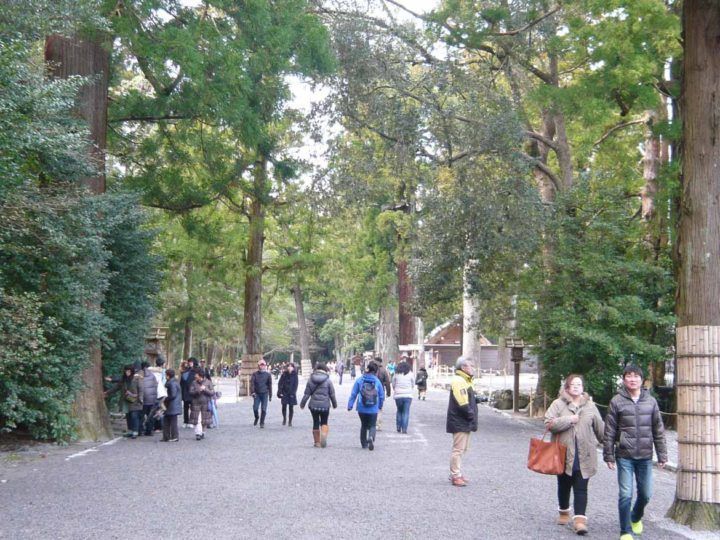 On his recent trip, Takeshi visited Naiku at sunrise and reported that the calm and peaceful atmosphere in front of the crowd was breathtakingly beautiful. This is definitely the time to visit if you are spending the night on the town!

Pearls of wisdom
If the local tradition is to be believed, ama, or ‘women of the sea’ have been diving off the coast of Japan for over 2,000 years. These divers, who are almost always women, dive without breathing apparatus or technical equipment (and until just a few years ago, without much clothing). Although traditionally dived for a variety of marine treasures (shellfish, seaweed, sea urchins, lobsters, etc.), they are now mainly famous for pearl diving, and you can see them at work and visit one of their ‘cabins’ at the Mikimoto Pearl Island, which is located off the coast in Ise Bay. 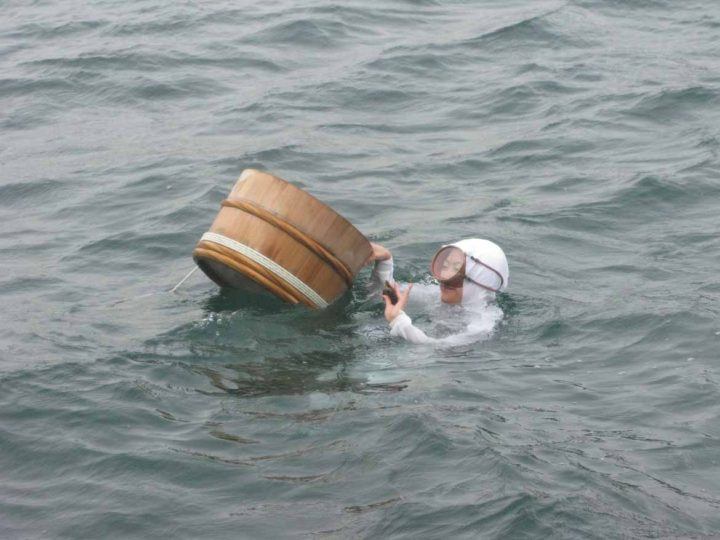 Mikimoto Pearl Island is where Kokichi Mikimoto managed to create the world’s first cultured pearls and is owned by the Mikimoto Pearl Company. In addition to the ama dive shows, and there is a museum dedicated to the life and work of Mikimoto, including several elaborate pearl-inlaid creations, such as a miniature Himeji castle. 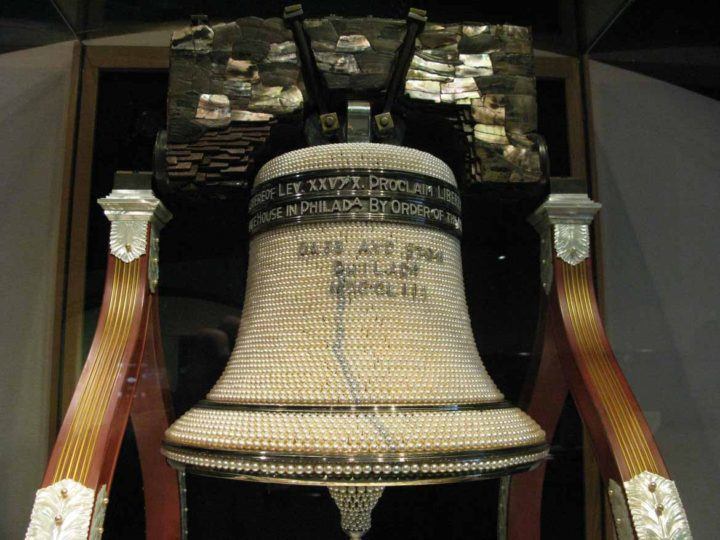 The Liberty Bell in pearls at the Mikimoto Museum

Ninja Story
Although not part of the Ise-Shima area, Iga Ueno (or Iga City) is also located in Mie Prefecture and is a great addition to Ise’s itinerary, especially if you are interested in the history of Japan. Iga’s big argument is that it is considered the home of ninjas, as the former location of one of the two main Japanese schools of ninjutsu: the art of stealth.

Not much is known about Japanese ninjas, or former secret agents, as I like to think about them, and this has generated a lot of stereotypes and misinformation in both Japan and the West. Even if much of our ninja knowledge is conjectural, the Iga Ueno Ninja Museum makes for a fantastic day, with its weapon displays, ninja shows, and mocked ninja residence complete with revolving walls and booby traps. Although the shows are held in Japanese only, they are worth a visit and extremely entertaining.

Secluded luxury
Another reason Ise-Shima has hit the radar of travelers this year is the opening of Aman’s new property: the Amanemu. Famous for its distinctive and minimalist luxury brand, with only a handful of rooms per property and architecture that complements the natural surroundings, the Aman chain has inspired an almost cult following among its followers. These staunch devotees will not be disappointed with Amanemu, which offers a secluded retreat in the national park and incorporates the Japanese tradition of onsen bathing with a private bathroom in each room.

These are just some of the reasons to visit the Ise region, but if you are interested in visiting yourself, one of our travel consultants will be able to inform you even more. With its prime location near Osaka, Kyoto, and Nagoya, and alongside the beautiful natural surroundings of the Kumano Kodo pilgrimage routes, Ise is well-positioned to join a vacation itinerary.